UK audiences have a lot to look forward to, after the first episode of Chris Lilley's new show Ja'mie: Private School Girl screens in Australia. 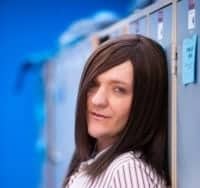 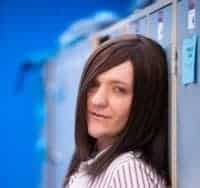 THE first episode of Ja’mie: Private School Girl a new comedy series by Chris Lilley has screened in Australia.

“This series is about my last few months in school, and the events that changed my life forever,” Ja’mie King, 17, says in the opening sequence.

She also reveals: “My name’s Ja’mie, and I like to say I’m ja’miezing.

“It used to be Jamie but I added the apostrophe in year 8”.

Compared to Summer Heights High, where Ja’mie was filmed out of her comfort zone (a public school) in this series she is in her element.

Surrounded by her ‘quiche’ – a new term for hot – group, she gives the cameras her queen bee view of Hillford’s diverse student body.

Asians, Lesbians, the overweight and people who live in rural areas are all targets of Ja’mie’s insults, many of which are unpublishable.

However, to give you a taste of her famous tongue, in one memorable scene where Ja’mie is behind the wheel, she says: “I know how to text and drive, i’m not a f**king idiot!”

And in another scene in response to her long suffering mother Jyhll, she tells her South African father: “tell your loser wife to stop b**ching in my face”.

Based on the highly favourable response on twitter, Australian expats in the UK have a lot to look forward to.

Amy Pawlowski tweeted: That first ep was amazing! And Peter Wills said: Chris Lilley great to have you back on our screens.