Is Labor still the party of initiative in Australian politics?

As Australians try to put the upheavals of past year behind them and warily look ahead into 2021, probably one of the last things they want to contemplate is the prospect of a pugilistic election campaign. 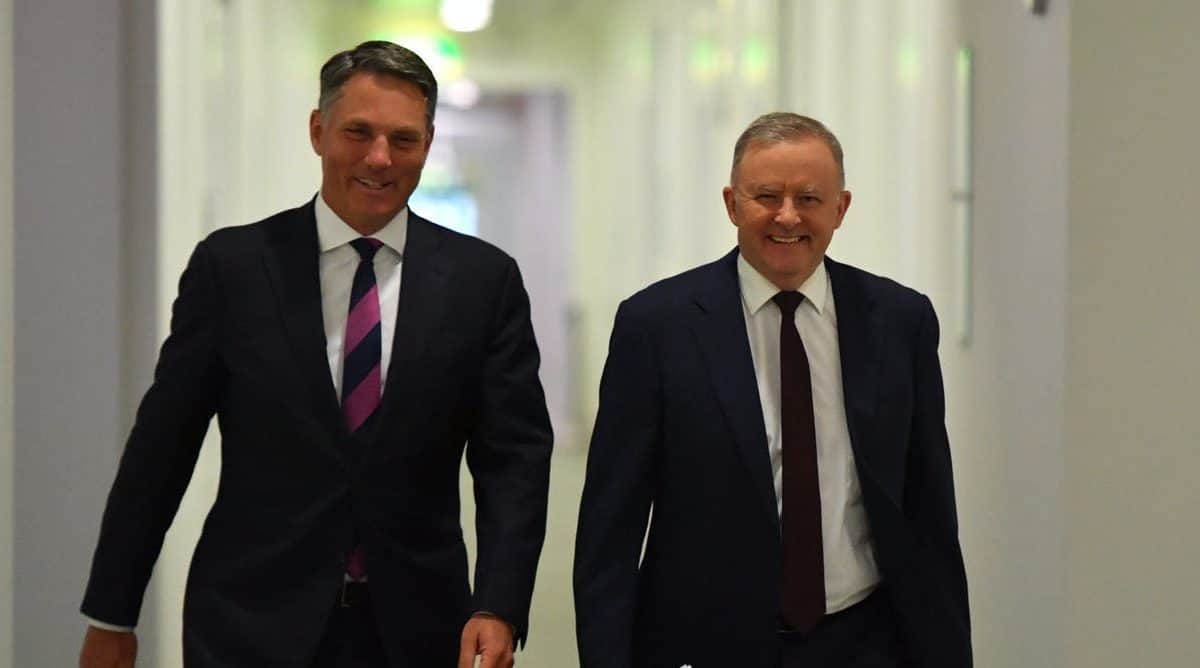 As Australians try to put the upheavals of past year behind them and warily look ahead into 2021, probably one of the last things they want to contemplate is the prospect of a pugilistic election campaign.

However, this August, a 10-month window will open for Prime Minister Scott Morrison to call a House of Representatives and half-Senate election. Notwithstanding Morrison’s publicly stated preference to govern for a full three-year term, the guessing game about the timing of the federal election has already begun. There’s speculation about a poll in the spring of 2021. This chatter will only intensify in the coming months, accompanied by phoney campaign posturing.

More interesting than the timing of the next election is what it is likely to deliver. The blindsiding that was 2020 is a salutary warning against punditry about the future of any kind.

Nevertheless, as things currently stand, the Coalition is favoured to retain office when Australians next visit the ballot box. It has a relatively popular prime minister and has been mostly ahead, albeit narrowly, in opinion polls.

The political effect of COVID-19 has also been to bring incumbency back into vogue. So long as Australia’s record of ably handling the pandemic continues to hold, this will hand the federal government a powerful platform on which to campaign.

Working to the Coalition’s advantage in addition is a Labor opposition still disorientated by Morrison’s “miracle” victory of May 2019. The ALP seems as nonplussed as ever about a finding a formula for speaking simultaneously to workers from the inner cities, suburbs and regions.

Let us indulge, then, the scenario of Morrison winning the next election. Victory would extend the Coalition’s spell in office to around a dozen years. This would be the second period of Coalition rule of more than a decade’s duration since John Howard defeated Paul Keating’s Labor government in March 1996.

To put it another way, Labor would have had just six years in office – with half of that time spent in minority government – in a quarter of a century.

Viewed in the longer term, a Morrison victory in 2021/2022 would further reinforce the Coalition’s electoral supremacy since the end of the second world war. The Liberal-National parties would have been in office for two-thirds of that 80-year period.

Conversely, Labor would have experienced only one extended period of government during that time: the Hawke-Keating era of 1983-96. Indeed, it would underscore that Bob Hawke’s dream of transforming Labor into Australia’s natural party of government has been unfulfilled, with his and Keating’s five consecutive electoral victories an aberration in an otherwise continuing pattern of Coalition dominance.

Why should this matter? One of the oldest axioms of Australian politics is that Labor is the party of “initiative” and its opponents the parties of “resistance”. While a generalisation, there is more than a kernel of truth in these categorisations.

Leaving aside the original foundational legislation of the early Commonwealth, which was produced by a combination of Liberal Protectionist and Labor ministries, Labor governments were the architects of the two national macro-policy settlements of last century. The governments of John Curtin and Ben Chifley (1941-49) initiated the post-war Keynesian welfarist order. The Hawke-Keating governments instigated the post-Keynesian or market-based economic order (softened by social wage measures).

The Curtin-Chifley and Hawke-Keating governments were, in other words, regime builders. In turn, the long-run Coalition governments that followed them, led by Robert Menzies and John Howard respectively, were consolidators of the paradigms originated by Labor.

Furthermore, in between the epochal Labor administrations of the 1940s and 1980s was Gough Whitlam’s government of 1972-75. A powerful modernising force, it pioneered a dizzying array of social and cultural reforms, among them universal healthcare.

Though relatively rare, Labor prime ministerships have been disproportionally significant in their transformational effects. However, the party’s most recent period of national government under Kevin Rudd and Julia Gillard disappointed in that respect.

Winning office on a small-target program and rapidly alienating colleagues with his imperious leadership style, Rudd’s prime ministership is best remembered for its management of the Global Financial Crisis and the apology to the Stolen Generations. But it left little policy imprint.

Gillard’s government ushered in major reforms headed by a price on carbon and the National Disability Insurance Scheme. The latter was arguably the most important social reform since universal healthcare. Yet the larger picture of the Rudd-Gillard years was one of debilitating internecine leadership conflict and squandered opportunity.

In fact, the early 21st century has been mostly been a story of policy stasis, whether Labor or the Coalition has been in government. Discredited by the GFC and ill-equipped to meet the challenge of the COVID-19 pandemic, the neo-liberal era has run out of puff. To date, though, there has been no coherent new settlement between citizen and state.

To be fair, history suggests transitions between one policy regime and another take time. There is often a lag between one order waning and the emergence of the next. Moreover, Australia is certainly not alone in currently enduring a period of policy ennui and confusion of direction.

Looking forward, however, there is a nagging doubt about whether Labor still possesses the creative capacity to be the party of initiative in Australian politics. At the 2019 election, it campaigned on a broad suite of policies, but lacked the language to describe the sum of those parts.

The past two years seem only to have deepened the party’s uncertainty about its mission. Again, this is not unprecedented. During the Menzies era, Labor took time to develop a new generation of leaders and ideas. And at least some of the bold reforms of the Hawke-Keating years were a response to contingency rather than forethought.

Burnt by the circumstances of its 2019 defeat, the probability is that Labor will run on a relatively constrained program whenever the next federal election is held. At some point, though, the party will have to answer whether this latest long wait for a Labor government has been worth it.