Is incest gaining acceptance? An Australian judge says it is

A statement made by District Court judge Gary Neilson that sex between siblings is gaining acceptance has been met with severe criticism. 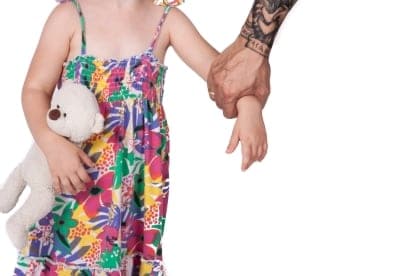 The case he referred to, was reported on in the Sydney Morning Herald, and described a brother repeatedly raping his younger sister.

“In my view the community would be rightly appalled at his reported comments,” Hazzard said in a statement.

Neilson responded to the case by saying that communities might no longer see sex between siblings as “unnatural” or “taboo”, comparing the situation to society’s eventual acceptance of homosexuality — which was also a criminal offence in the past.

“A jury might find nothing untoward in the advance of a brother towards his sister once she had sexually matured, had sexual relationships with other men and was now ‘available’, not having (a) sexual partner,” Neilson reportedly said.

Hazard has reported judge Neilson’s comments to the Judicial Commission of New South Wales for investigation. He also requested the District Court suspend the judge from criminal trials until the investigation into Neilson was completed.

In his case comments Neilson reportedly added that the “only reason” incest remained a crime was due to the risk of genetic abnormalities in children born through such a union.

“But even that falls away to an extent (because) there is such ease of contraception and ready access to abortion,” he added.

The 58-year-old man accused of incest is said to have pleaded guilty to sexually assaulting his sister when she was 10 to 11 years old in the 1970’s.

Sydney’s Daily Telegraph also reported that Neilson gave a lighter sentence to a man who had raped his niece in 2011. It is said that Neilson felt that as the man had not ejaculated in the teenager he was not brought to full responsibility for his crime.

The appeal judges reviewing that case criticized Neilson’s judgement, saying: “it is difficult to see how that was a matter which could have been considered to reduce the objective seriousness of this offence in any real way”.

“There are still a lot of myths, still a lot of entrenched, very damaging beliefs and that’s why we need to speak out about it… so we’re not hearing these outrageous statements,” Cathy Kezelman, president of Adults Surviving Child Abuse, told Fairfax Radio.