INTERVIEW | The Australian government is, for Julian Assange, a place of corruption, of compromised interests, political infighting and parties who have lost their purpose and direction. Ahead of next week’s federal election in which he is running for a seat in the Senate, he tells Australian Times why he’s the candidate to fix it. 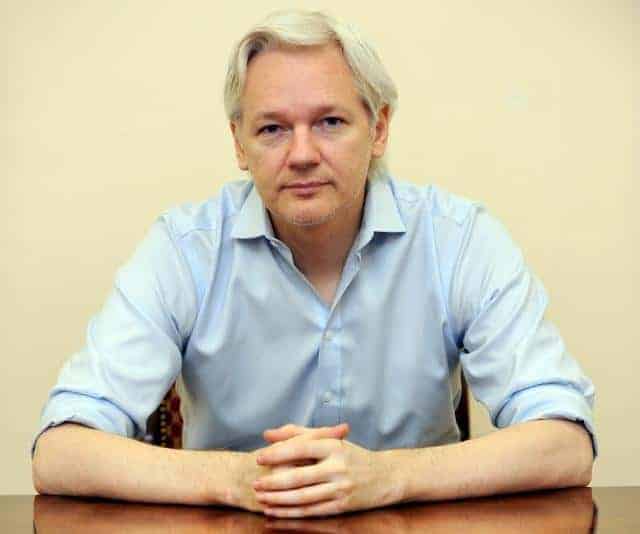 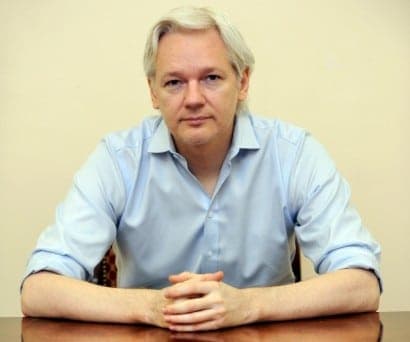 IT hasn’t been an easy campaign for Julian Assange and his WikiLeaks Party in their bid for seats in the Australian Senate. It seemed to start well, with the promise of ‘transparency, accountability and justice’ a soothing salve to the wounds of an electorate damaged by months of soundbites, sniping and #suppositories.

The party guaranteed grass roots involvement and support, with a small, centralised leadership. It would be “incorruptible and ideologically united” Assange told The Conversation in February as the party prepared to gather the 500 members needed by law to register as a new political force.

The members duly came, as who could not be attracted to an idea as old as politics itself — ‘keeping the bastards honest’. Meeting Assange in the confines of the Ecuadorian Embassy from where he is coordinating his party’s campaign, our conversation is saturated with a restrained anger at the current state of Australian politics and his determination for change. The Senate is meant to be “a place of oversight and accountability, he tells me. “Instead it has become a place of deal-making.” It was, and remains, WikiLeaks’ avowed aim to get in there, cast a practiced investigative eye over proceedings, and report back to the electorate.

The difficulty, as it always seems to be in politics, is implementing these ideals into practice. In the wake of the recent resignation of six party members, including Victorian Senate candidate Leslie Cannold, in protest against the handling of preferences by the WikiLeaks Party, the promises of a new style of politics, of openness and truth, becomes tainted with an air of suspicion — whether justified or not.

When Ms Cannold claims decisions of the party’s own governing body were “white-anted and resisted”, can it be said the party itself is adhering to an agreed standard of accountability? As national council members resign amidst suggestions the preferences debacle had alienated members and volunteers, can it still be argued WikiLeaks is truly grassroots? Can it still wear its values as a badge of distinction, or do the allegations of ex-party member Daniel Matthews that the party is being ‘pulled in different directions’ ultimately reflect it has at least one political characteristic — the tendency for pragmatism to trump principle.

The response from the WikiLeaks Party on these internal divisions has been fairly restrained, issuing a statement thanking those who had chosen to leave for their significant assistance and nominating Dr Binoy Kampmark as Julian Assange’s primary running mate. The statement reiterated the preferences list in NSW which favoured right-wing parties over the Greens was the result of a “clerical error” and would be investigated via an immediate review. The decision in WA to preference the National Party’s candidate David Wirrpanda, was said to have been made by WA WikiLeaks candidate Gerry Georgatos in order to acknowledge Mr Wirrpanda’s status as the first Aboriginal Australian candidate for that party. They promised they are still the party to bring “transparency, accountability and justice to the Australian Parliament.”

Despite this explanation, voters may still feel they are entitled to ask – why does the WikiLeaks Party deserve my vote in the Senate? It is the question I asked Assange himself, albeit prior to the mass resignations, which happened just after we met.

“The only smart move when voting in the Senate is to vote differently from how you vote in the House of Representatives,” says Assange.

The Senate is a place of oversight, he argues, and voting for the same party in the House of Representatives and the Senate results in a party “overseeing itself, which we know doesn’t work”.

According to Assange, the two major parties are “corrupted in their purpose by big business, by political dynasties, by their relationships with their friends in the United States”, and the Senate is “a place of secret deals on the one hand, and on the other, a variety of secretive lobbies trying to influence political outcomes,” and there is a strong need for change.

Likening parties of political oversight to investigative journalists, Assange says the Australian people are calling for a political force with a proven track record in addressing corruption and exposing it. A party, he says, like WikiLeaks.

“WikiLeaks as a publishing organisation has become expert at going into complex organisations, understanding complex relationships and getting hold of information that is trying to be concealed from the public.”

Assange says the election of WikiLeaks candidates to the Senate will be like “parachuting crack investigative journalists into the Senate.”

“We can use some of the resources that we have to understand the complexity of Australian legislation and present it to the public,” he says.

Yet, as the party itself states on its website, the WikiLeaks organisation and the WikiLeaks Party are two distinct entities with a common set of values, albeit with one founder. So how do the two interrelate?

Yes they are structurally and legally distinct, agrees Assange. However “it’s called the WikiLeaks Party for a reason — because of the goodwill Australians have towards WikiLeaks as a publishing organisation.”

WikiLeaks ‘the organisation’ has long had a reputation for advocating institutional transparency and the free flow of information, with scant regard for the laws that may or may not exist to prevent this. There now seems to be a new focus on bringing the movement’s ideology into the mainstream through political participation. Many have queried whether this attempted metamorphosis of WikiLeaks from anarchist challenger to legitimate political movement can work in practice. Is there not an inherent conflict in trying to be part of the very machinery of government you’ve spent years challenging?

“Not at all,” says Assange. “In fact I think they are complementary.”

“The organisation’s capacities simply give me more of an ability to scrutinise the behaviour of the Australian Senate.

“The goal of the WikiLeaks Party, like the goal of WikiLeaks, is to expose corruption and bad practice, and to create greater incentives to good practice by increasing the risks of exposure if people in positions of power behave in corrupt ways.

“It is not the goal to disable government, but to improve it by creating greater accountability.”

However, greater accountability in government is not an aim exclusive to the WikiLeaks Party. It is an aspiration shared by a number of young parties on the Australian political scene aware of the general malaise of an Australian electorate caught in a tumble-dryer of political spin and malfeasance.  From the commitment of the Pirate Party to freedom of information and culture, to the libertarian values of the Australian Sex Party, there are a number of fresh ideas on the block.

Assange sees the explosion of minor parties as potentially an optimistic sign for Australian political culture, and reflective of two things.

One, he says, is the disgust Australians have the behaviour of the major political parties, and the compromise of the Greens in becoming a party of government and no longer performing the role of oversight required in the Senate.

The other is “the refusal of the ALP and Coalition to discuss the mass surveillance being inflicted on Australians as a result of its part in Five Eyes and US intelligence,” even though that is being heavily debated in the US.

This refusal to acknowledge issues important to Australians, says Assange, is creating an environment where new parties willing to bring these topics to the forefront of debate are proliferating.

“You would think that one of the two major parties in seeking to gain extra electoral advantage would make it an issue, but because they have other loyalties, they’re too scared to do that,” says Assange.

However, this proliferation of parties also means the Australian people are faced with not only a difficult choice, but a logistically overwhelming one, particularly in the state in which Assange is running — Victoria. When voters head to the ballot box they will be faced with a ballot paper over a metre long, containing a record 96 candidates from 39 groups, plus independents.  Amongst the plethora of minor political parties all clamouring for attention, what makes WikiLeaks different?

“It’s one thing to say you believe in something and it’s another to live it,” answers Assange.

“My staff, myself and our supporters have really put their liberty on the line to uphold their principles, and that’s a hard test.”

He considers his candidates to be representative of this approach, mentioning a strong background in activism and campaigning on social issues as proving “they are walking the talk”.

“Out of all our candidates I am the least formally educated, they have PHDs coming out of their ears,” says Assange.

“They’re bright, committed people and I’m proud of them.”

As for Assange personally, he considers himself an open book.

“My interests and my beliefs over the past 20 years are obvious to everyone. I’ve been extremely stubborn and pig-headed about them, about fighting for justice, for oversight, for the rights of people to know what is going on, even when faced with what many would consider to be overwhelming pressures.”

So there we are, back again to the consistent thread that runs through his life work. Accountability. Justice. Transparency. The WikiLeaks test. A test Assange is now asking the Australian people to apply to our Senate, to help determine the role it could play in our democracy.