Indigenous leaders have marked the sixth anniversary of the controversial 2007 government intervention in the Northern Territory by questioning the psychological repercussions of regulating the day-to-day management of Aboriginal communities. 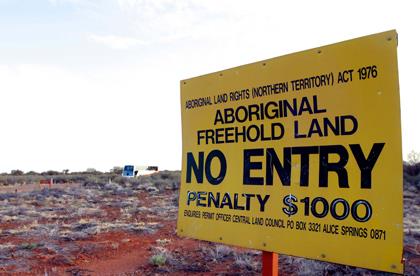 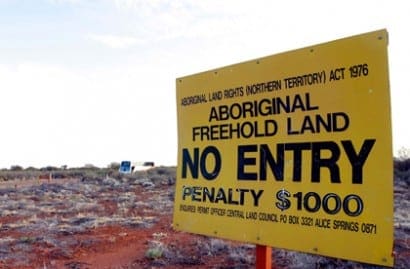 INDIGENOUS leaders have marked the sixth anniversary of the controversial 2007 government intervention in the Northern Territory by questioning the psychological repercussions of regulating the day-to-day management of Aboriginal communities.

Indigenous advocacy group Concerned Australians have published an article alleging that the ultimate aim of the intervention was to “empty the homelands” in the Northern Territory. The article’s writer Michele Harris claims that federal government claims that the intervention was needed to protect Indigenous children were an attempt to make the plan more palatable to the Australian public.

Ms Harris said: “Even before the Intervention began in June 2007, government had long planned a new approach to the ‘management’ of Aboriginal people in the Northern Territory. It was no longer part of government thinking that self-determination and Aboriginal control over land could be allowed to continue. These were the Whitlam notions of 1975 and they were no longer acceptable.

“The plan was to empty the homelands, and this has not changed. However, it was recognised that achieving this would be politically fraught — it would need to be accomplished in a manner that would not off-side mainstream Australia. Removing Aboriginal people from their land and taking control over their communities would need to be presented in a way that Australians would believe it to be to Aboriginal advantage, whatever the tactics.”

The Northern Territory National Emergency Response, initiated by the Howard government and continued by successive Labor governments, was intended to address allegations that child sexual abuse was rife in the Northern Territory’s Aboriginal communities. The $587 million package included funding for the deployment of more police to Indigenous communities, the provision of community services and to enforce restrictions on alcohol in affected areas.

The government program has attracted criticism for undermining the Racial Discrimination Act, with opponents arguing that the compulsory acquisition of Aboriginal townships by the federal government ignored the legal principle of Indigenous land rights. In 2010 a United Nations report found the intervention to be racially discriminatory due to the fact that it infringed on community autonomy.

Ms Harris said that the government’s campaign to ‘sell’ the intervention struck a significant psychological blow in Indigenous communities, claiming that then-Indigenous Affairs Minister Mal Brough had sensationalised the plight of Aboriginal children in order to achieve a political goal at the expense of Indigenous men throughout the Northern Territory.

Ms Harris said: “It seemed that all Aboriginal men were engaged in paedophilia. The Minister readily gave television and radio interviews and declared that he knew there were paedophile rings in every Aboriginal community. Viewers were asked during their evening news broadcasts how they felt about Aboriginal children going to bed at night knowing that they were not safe. This was a government Minister engaging in a sensationalist campaign aimed at demoralising Aboriginal men and was probably the lowest point in any Government behaviour ever seen in Australia’s political history.”

Ms Harris said: “Re-traumatisation has done plenty of damage. If ever there had been a growing sense of trust between Aboriginal people and the dominant race, it was blown away in 2007. The trust was gone and the fear returned. The very manner in which the Intervention was rolled out ensured greater confusion and disorientation, more like an act of counter-insurgence.”

The intervention has drawn support from other prominent members of the Indigenous community, with former Australian Labor Party president Warren Mundine praising the action in 2010. Central Australian Aboriginal leader Bess Price also spoke in favour of the intervention in 2011, claiming that she had witnessed progress as a result of the government plan.