AUSTRALIAN ELECTION 13 | Tony Abbott’s plan to buy boats from Indonesian fishermen to stop them being used by people smugglers shows his lack of understanding, Jakarta says. 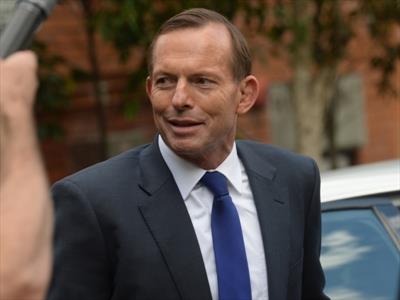 OPPOSITION Leader Tony Abbott’s plan to buy boats from Indonesian fishermen to prevent the vessels being used by people smugglers has been slammed by Jakarta as unfriendly and an insult to Indonesia.

The buyback plan has met with heavy resistance in Jakarta, with a senior member of President Susilo Bambang Yudhoyono’s ruling coalition saying it showed Mr Abbott lacked understanding of Indonesia, and the broader asylum-seeker problem.

Mahfudz Siddiq, the head of Indonesia’s parliamentary commission for foreign affairs, said on Monday that it was Mr Abbott’s right to suggest the policy but warned that it had broader implications for the relationship between Jakarta and Australia.

“It’s an unfriendly idea coming from a candidate who wants to be Australian leader,” Mr Siddiq told AAP.

“This is really a crazy idea, unfriendly, derogatory and it shows lack of understanding in this matter.”

Mr Abbott, who has previously accused the Labor government of damaging Australia’s relationship with Indonesia, announced the buyback scheme last week as part of a new $420 million package aimed at stemming the flow of refugee boats to Australia.

Under the plan, millions of dollars would be used to buy boats from Indonesian fishermen, many of whom are poor and who in recent years have been easy prey for people-smuggling syndicates that offer much more money for their rickety vessels than can be made by fishing.

But Hikmahanto Juwana, an international affairs expert from the University of Indonesia, has described the plan as “humiliating”, and says it shows the coalition has a poor understanding of its northern neighbour.

Mr Juwana warned the plan would risk a deterioration in relations between Australia and its northern neighbour, adding that it suggested Mr Abbott viewed Indonesian fishermen as “mercenaries who did dirty jobs”.

“I think the (Indonesian) government should voice protests to the coalition’s very insensitive plan which clearly shows their poor knowledge about the situation in Indonesia,” Mr Juwana told The Jakarta Post newspaper.

“The coalition wants to make Indonesia look inferior because they just want to provide money and ask Indonesians to get the job done for the sake of their interests.”

He said buying the boats would just cause the fishermen, many of who are already very poor, to lose their livelihoods and warned it would lead to resentment and even risk conflict between the local population and foreigners.

“The program could trigger vigilantism and (attacks) on foreigners …,” Mr Juwana said.

Mr Abbott did not say how much would be paid for each boat.

“It’s much better and much more sensible to spend a few thousand dollars in Indonesia, than to spend $12 million processing the people who ultimately arrive here,” he told reporters.

The broader plan announced by Mr Abbott in Darwin on Friday includes funding of $67 million to increase the presence of Australian Federal Police in Indonesia, Sri Lanka and Malaysia.

Close to another $100 million would be spent to boost the aerial surveillance and search and rescue capacity of Indonesian authorities and $198 million to boost interception and transfer operations. – AAP