What do you get when a hottie adopts a puppy, hundreds of girls swoon over both specimens, and his fiancée gets involved? This.

A week before Valentine’s Day, Melbourne’s Pet Haven Animal Shelter held an adoption day. This guy walked in, adopted little Raffa, and stole the hearts of thousands of women on the internet.

The picture (above) on Pet’s Haven Animal Shelter’s Facebook page has to date raked in about 17,000 likes. The comments are priceless.

The ladies formed an orderly queue:

But his fiancée straightened things out quite quickly 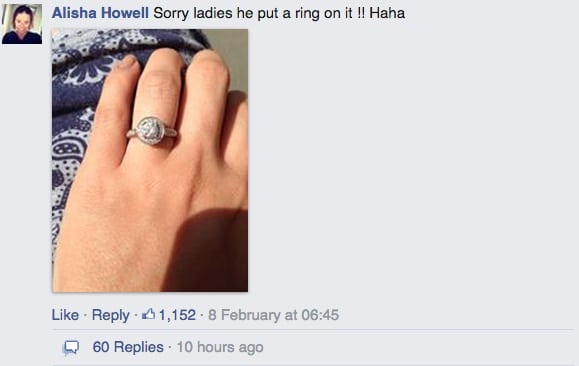 And kept things all in good taste

The lucky lady even used the opportunity to self-promote

Until someone tried to ruin the fun… 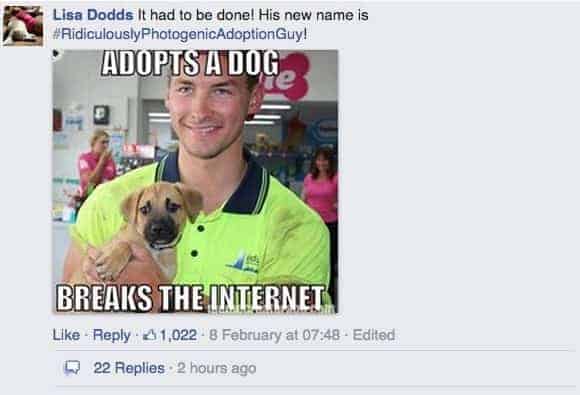 And as for young Raffa, well he’s doing just fine 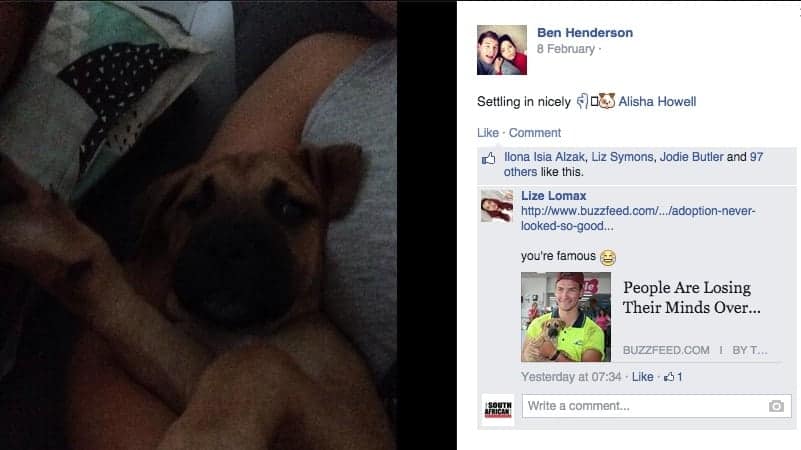