High STI rates in remote communities a gateway to HIV 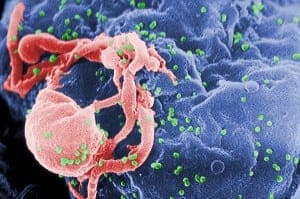 ABORIGINAL people living in remote indigenous communities are up to 21 times more likely to contract some sexually-transmitted diseases than those in the general population.

And where there are sexually transmissible infections (STIs), HIV is sure to follow, says Dr James Ward, from medical research institute Baker IDI.

“There’s an increased risk of HIV transmission if other STIs are present; we should get these rates down before HIV enters remote communities,” Dr Ward told the Australasian HIV & AIDS conference in Darwin on Monday.

He says doctors haven’t been sophisticated in their approach to tackling STIs in remote communities.

“A lot of remote clinic staff are female nurses, and it’s very difficult for a young man to ask a female clinician for testing,” he told AAP.

“Until we get male-specific programs and more male clinicians, it’s going to be a very difficult task (to reduce STI rates).”

Dr Ward said infection rates are highest among 16- to 19-year-olds in remote communities.

“It’s a historical legacy of not being able to address STIs before they become very prevalent in communities; it’s a health service failure,” Dr Ward said.

A national behaviour study to be released on Friday shows young people don’t initiate sex earlier, and don’t have more partners. Most only have one partner per year and most use condoms.

“But there’s a lot of infection in those communities, so those that don’t use condoms are more likely to get an STI,” Dr Ward said.

“If they fail to use a condom every single time they have sex, they’re six times more likely to get an STI than if they’re in the city.”

Research on Canadian indigenous communities shows that, although they only make up three per cent of the Canadian population, they account for 18 per cent of all HIV cases.

“This is somewhere Aboriginal and Torres Strait Islanders do not need to go,” Dr Ward warned.

“This is the world’s oldest continuous culture and we don’t need another infection such as HIV decimating our communities.”