Harris due to appear in London court on child sex charges

A crowd has gathered outside a London court where Australian entertainer Rolf Harris is scheduled to make a brief appearance over child sex offences. 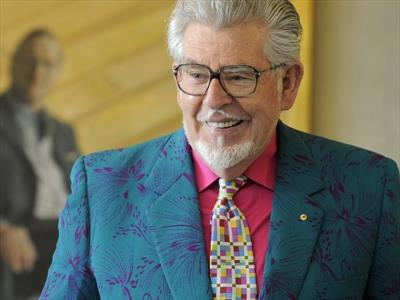 MEDIA and supporters have gathered outside a court in central London where Rolf Harris is due to appear in relation to 13 child sex offences.

One supporter at Westminster Magistrates Court has brought a sign for the embattled Australian entertainer reading “Rolf is innocent OK!”

Mr Harris is due in court on Monday morning to face six counts of indecently assaulting a 15-year-old girl in 1980 and 1981 and three charges of indecent assault on a girl aged 14 in 1986.

The 83-year-old was also charged three weeks ago with four counts of making indecent images of a child in the first half of 2012.

Harris’s first court appearance comes as it was revealed on Sunday his artwork has been removed from galleries on board luxury ocean liners including the Queen Mary 2.

A spokesman for cruise giant Cunard told British tabloid the Daily Mail: “When allegations regarding Rolf Harris first came to light some time ago we felt it was appropriate to remove his pictures from display in the art galleries on board.”

His portrait of Queen Elizabeth also is reportedly in art limbo with no-one – including Buckingham Palace – able to confirm its whereabouts.

The artist and singer was replaced as the host of British television show Animal Clinic after being arrested for a second time in early August.

It was revealed in April he’d been dropped as the face of British Paints.

Harris was first questioned over allegations of sexual assault in November 2012.

He was arrested in late March 2013 by officers from Operation Yewtree which was established following the Jimmy Savile sex abuse scandal.

At the beginning of August he was re-arrested following further allegations.

A police file of evidence was then passed to prosecutors who recommended Harris be charged. – With AAP