Hanson signs up to Facebook to show she’s “with it, mate”

One Nation founder Pauline Hanson has claimed that she understands the lifestyle of Australia’s “young ones” in a national radio interview that discusses the controversial politician signing up to Facebook in the lead-up to the upcoming federal election. 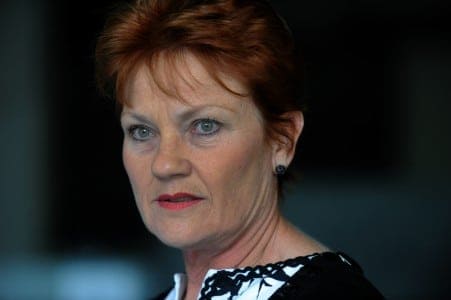 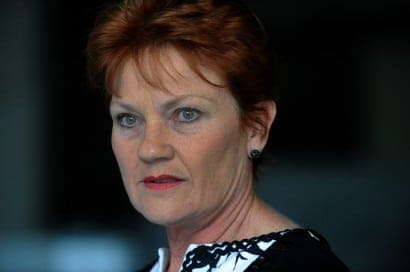 ONE NATION founder Pauline Hanson has claimed that she understands the lifestyle of Australia’s “young ones” in a national radio interview that discusses the controversial politician signing up to Facebook in the lead-up to the upcoming federal election.

Ms Hanson was speaking on a nationally-syndicated radio program hosted by Dan Debuf and Maz Compton on the Today Network. The recently-announced Senate candidate used the five minute interview to highlight the fact that she is relatable and “with it, mate.”

The trend of utilising social media as a means of political communication has quickly been established as a critical pillar of Australian election campaigns. It has also proven to be a tool with the propensity to backfire when used incorrectly, as seen several weeks ago when West Australian Education Minister Peter Collier came under fire for unintentionally ‘liking’ a photo of a teenager exposing his penis on Facebook.

The official Facebook page for Ms Hanson’s previous campaign for the New South Wales Senate in 2011 has registered just over one hundred ‘likes’, which is a relatively small figure for someone with such a prominent political profile. A general page devoted to Ms Hanson on the social networking site has proven far more successful, however, with over 5000 users registered as ‘liking’ the topic.

The former owner of an Ipswich fish and chip shop, Ms Hanson has become a perennial political candidate in the seventeen years since she was first elected as federal MP for the Queensland electorate of Oxley in 1996. Ms Hanson’s latest bid for a federal Senate seat — this time in New South Wales — will mark her seventh attempt at re-entering politics since her defeat in 1998 after serving just one term in parliament.

Ms Hanson will be running as a candidate for One Nation — the party that she co-founded in 1997 after being de-endorsed as a Liberal Party candidate for espousing her infamously strong views on multiculturalism and immigration. Ms Hanson left One Nation after an internal dispute, however said she would return to the party because the Australian political establishment had thwarted her attempts to run as an independent candidate.

Ms Hanson was sentenced to three years imprisonment for electoral fraud in 2003, however she was acquitted on appeal after just over two months in jail. The legal campaign against Ms Hanson was funded through a trust fund established by current Opposition Leader Tony Abbott that was designed to combat the threat posed by One Nation to the conservative Coalition.