Ham sold at Woolworths recalled after concerns of Listeria

Certain Barossa products have been recalled concerning the safety of consumers. No cases of listeria has been reported. Barossa are inspecting all their products. Image credit: Adelaide Central Market.

Ham sold at Woolworths should be considered dangerous as a number of Barossa fine foods products have been recalled due to fears of listeria.

The foods that carry the likeness thereof are fresh or frozen foods.

To date, listeria can be found in a variety of things. One of them is animals and is the main reason for contamination concerns.

If these contaminated foods are consumed, it can be very detrimental or cause serious illnesses. Some of the symptoms associated with listeria include headaches, muscle pains, nausea as well as diarrhea.

At the moment, concerns are mostly centered on the most vulnerable demographic which is the elderly and pregnant women. This group generally has weak immune systems.

No cases of Listeria reported

“We have not received notification of anyone contracting listeria from any of these products, however, the infection can be extremely serious for some vulnerable people in our community,”

Refunds on Ham can be received

Presently, Ham sold with a use-by date of 3 and 11 November 2021 should be considered dangerous if consumed. Similarly, consumers are allowed to request a refund on these purchased items.

Mount Semeru’s deadly eruption was triggered by rain and storms, making it much harder to predict

Currently, these products have been sold in IGA stores in the ACT, South Australia, Western Australia, and in Woolworths in NSW only.

While most individuals experience symptoms within days of consuming a contaminated product, it is possible to only start seeing and feeling effects in up to six weeks. 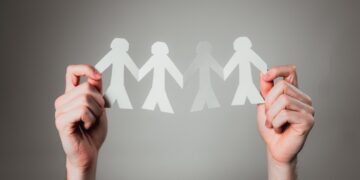 When Minister of Finance Grant Robertson announced in this year’s budget that his government was developing a social unemployment insurance...