An unlikely alliance between the coalition and the Australian Greens could see a vote in the Senate on the carbon tax repeal laws before Christmas. 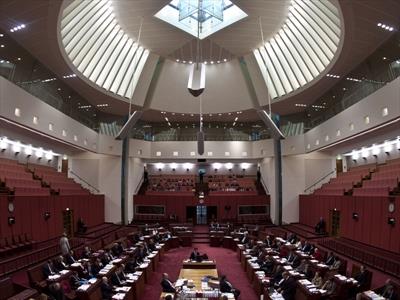 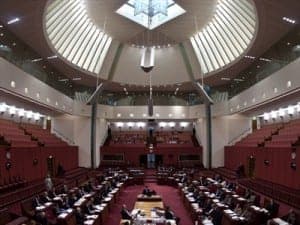 LABOR has just two weeks to scrutinise the federal government’s plan to scrap the carbon tax, after the Australian Greens sided with the coalition to fast-track an inquiry into the bills.

The rare political alliance intensifies the pressure on Labor, which was hoping to delay a Senate vote on the coalition’s signature policy for as long as possible.

The government wanted a Senate inquiry into the carbon tax repeal legislation to report back by 2 December, so it could put it to a vote before Christmas.

The Greens – while reiterating they opposed the repeal of the carbon tax – argued on Thursday there was no time for “equivocation and delay” and agreed to the government’s deadline.

The decision sent Labor into a spin, prompting a furious rebuke from the opposition’s climate change spokesman.

“I’m gobsmacked that Christine Milne and the Greens have actually voted to help the coalition quickly and quietly get rid of a legislated price on carbon,” Mark Butler said.

He said the move by the Greens had substantially weakened the committee inquiry into the complex repeal laws and the government’s climate change strategy.

“Labor have backflipped on global warming so many times already, and now they want a delay so they’re not forced to vote down Abbott’s bad policy,” she said.

“If Tony Abbott wants to make destroying action on global warming his first act, the Greens will make voting it down our first act.”

Labor had proposed a March 20 deadline to try to delay a vote until a new Senate took over in July 1.

The government wants to avoid legal and administrative problems that could arise if the tax isn’t scrapped before the new financial year.

It comes as analysis from carbon advisory firm RepuTex forecasts the government will pay an average $13 per tonne of emissions abatement in the first year of its Direct Action plan.

A study by Climate Action Tracker claims Direct Action could cause a substantial increase in Australia’s carbon emissions by 2020, rather than reducing them by five per cent as promised. – By Nick Perry (AAP)