This has to go down as the greatest fishing tale ever told, except it actually did happen and the fish actually was enormous.

A stunned NSW north coast fisherman had to be rescued on Saturday after this thumping great white shark jumped clean out of the ocean and straight onto his 5.5 metre recreational fishing boat. 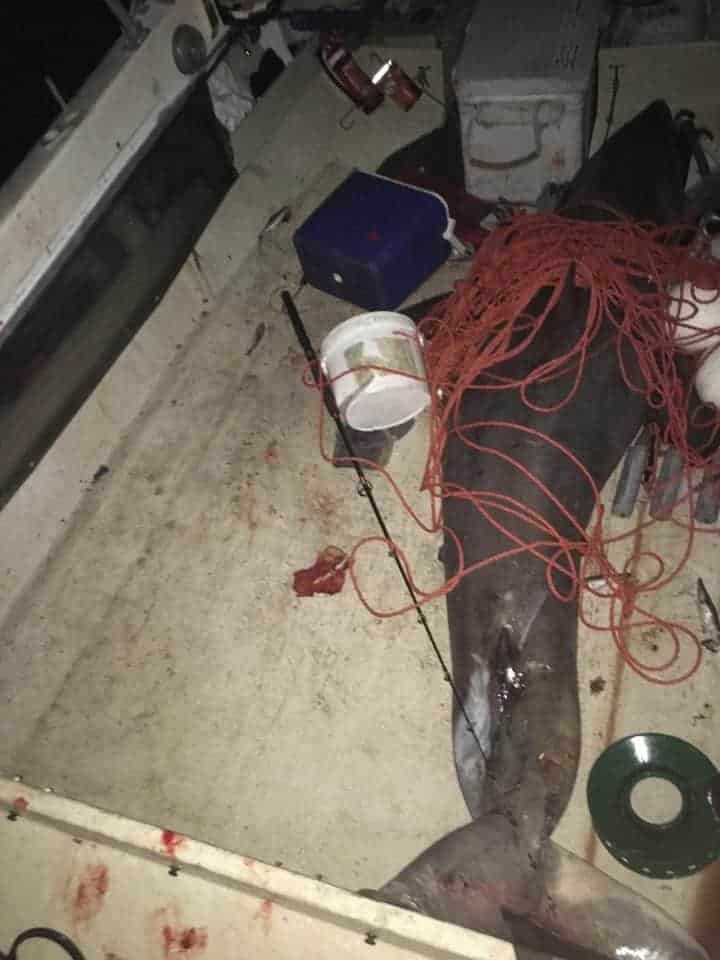 The 73 year old man from Evans Head was found by Marine Rescue about 1 nautical mile off-shore, covered in blood with the 2.7 metre long beast laying across the deck. 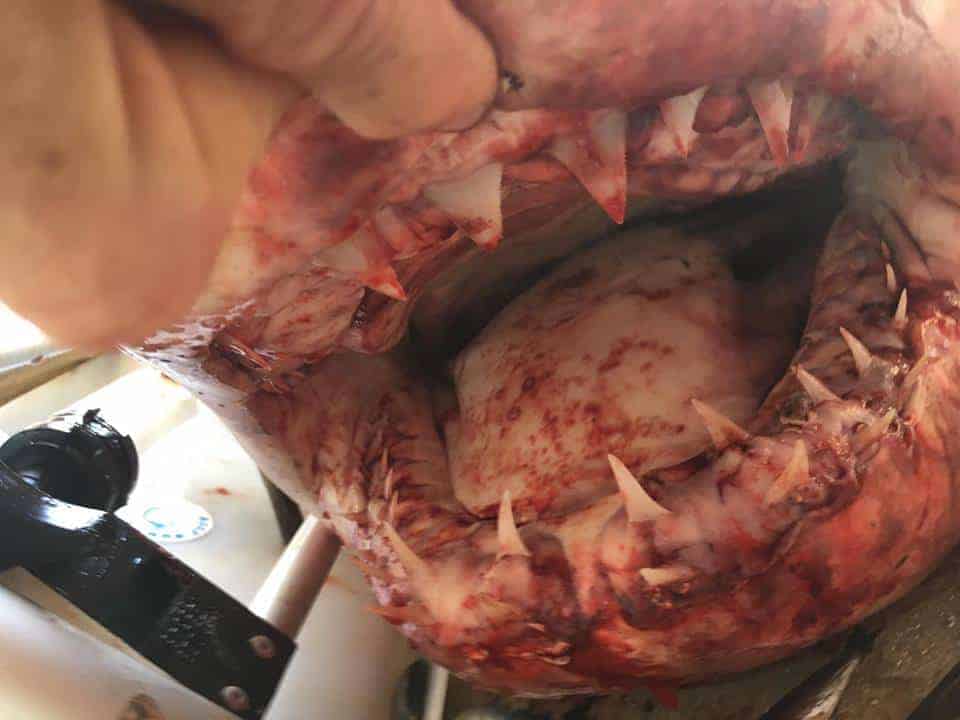 Marine Rescue NSW posted an account of the rescue on Facebook. We will let them take up the tale…

“Whilst on route (back to shore) the fisherman explained that at the time of the incident he was sitting on an esky located in the centre of his boat when suddenly without warning the 2.7 metre Great White Shark jumped out of the water clearing the engine and landing on the deck where it violently thrashed about.

In the process, it knocked the stunned 73 year old fisherman onto the deck as well.

Fighting to get to his feet and as far away from the shark as possible, the fisherman was relentlessly knocked about the deck and cabin which is where he sustained most of his injuries.

Eventually the fisherman was able to clamber up onto the port side gunwale of the boat where he remained while the shark continued to thrash about the deck of the boat.

The fisherman was able to contact the Evans Head Marine Rescue Tower on channel 16 via a handheld VHF marine radio where the rescue was initiated and coordinated from.”

The go on to say that the shark’s carcass would be used by the Department of Primary Industries for research and that the fisherman would make a full recovery.

“Thankfully the fisherman only suffered fright and a number of lacerations which resulted in a few stitches. However he now has an amazing survival story of “the one that didn’t get away………..”

Tags: 5 reasons to move to Australiafishsharks