"The overall outlook for the Great Barrier Reef is poor, has worsened since 2009 and is expected to further deteriorate,” says latest government report. 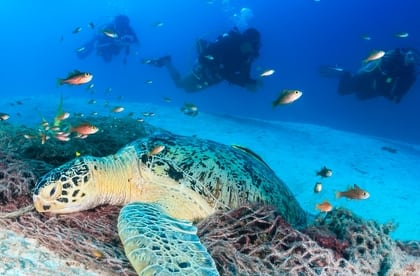 One of Australia’s major tourist attractions and a huge source of tourist based income, The Great Barrier Reef, runs the risk of landing on Unesco’s ‘in danger’ list by next year.

Despite efforts by the Australian government to control the damage to this World Heritage site, its five-yearly review, released this week, suggested that  the United Nations Educational, Scientific and Cultural Organisation (Unesco) might want to add the GBR to its ‘in danger’ list as soon as next year.

When the World Heritage Committee of Unesco met in June they delayed their decision, on whether to place the 300,000 square kilometre reef on its list of sites in danger, until 2015.

This week’s report by the Great Barrier Reef Marine Park Authority (GBRMPA) stated that: “Even with the recent management initiatives to reduce threats and improve resilience, the overall outlook for the Great Barrier Reef is poor, has worsened since 2009 and is expected to further deteriorate in the future.”

The 2,300km long reef stretching along the Australian east coast is home to the world’s largest collection of coral reefs, with 400 types of coral, 1,500 species of fish, and 4,000 types of mollusc. The GBR is also the natural habitat of various threatened species, including the dugong and large green turtle.

The GBRMPA review stated that “Run-off from farms, crown-of-thorns starfish and climate change remain the biggest threats to the reef”, but acknowledged that shipping and dredging occur in reef areas already facing pressure from other impacts.

“Greater reductions of all threats at all levels, reef-wide, regional and local, are required to prevent the projected declines in the Great Barrier Reef and to improve its capacity to recover,” the report stated.

The review also siad that no new port developments would be approved for the area concerned.

But environmental groups said the report failed to consider the environmental impact of the coal mining industry which adds to environmental strain in that area and the continued pressure by these industries to increase the capacity of those ports already located on the east coast.

This is a sentiment echoed by Unesco who expressed their concern over proposed coastal developments along the Australian east coast and has requested that Australia submits an updated report on the state of conservation of the reef by 1 February 2015.

“And we all know what the greatest contribution to climate change is: that’s mining coal for export.”

However the Queensland resources council, which represents the mining industry, said it supported the effort of the state government to improve port development and management along the reef.