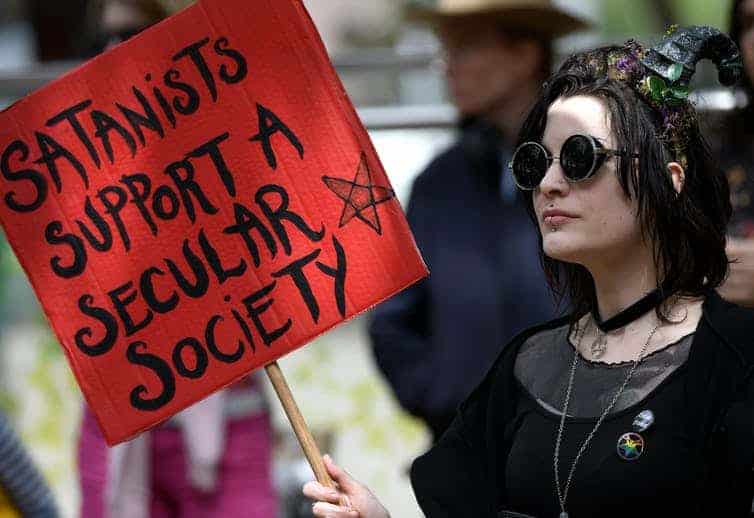 Submissions on the second version Christian Porter’s religious discrimination bill are closed, and we await the verdict.

The first version of the bill was widely criticised for going too far, or not far enough. In a flawed law reform process, Porter has paid little attention to those who said the first version went too far. And for those critics, the second version is much the same as the first.

The bill is in many respects an unremarkable anti-discrimination law. It is a copy-and-paste of the Sex, Disability and Age Discrimination Acts, reflecting both religious and secular support for protecting people who are discriminated against because of their religion.

But in at least one respect, the bill is unique, not just in Australia but, it seems, anywhere in the western world.

How hurtful speech is permitted in the draft

This is not the usual “right to be treated the same” that our other discrimination laws guarantee. It is a right to mistreat others. It is a right to cause harm, in the name of “religious freedom”. And it is not a right some religious organisations even want.

The problematic part of the bill is clause 42 (clause 41 in the first draft), which allows a person to say or write an honestly held religious belief, even if it is contrary to federal, state and territory anti-discrimination laws.

That is unlawful discriminatory conduct under existing laws. But under the draft religious discrimination bill, such a statement would be permitted for a religious belief, unless the statement is malicious, likely to “harass, threaten, seriously intimidate or vilify”, or could reasonably lead to a “serious offence”.

That “unless” leaves a lot of scope for discrimination. Let’s say an employer or service worker says something about an employee or customer that is based on their religious views, but is upsetting, hurtful or demeaning to the other person.

This might not be a “serious offence” as defined by the religious discrimination bill and, thanks to clause 42, the employee or customer would not be protected from this conduct by any other anti-discrimination law in Australia.

In a submission, members of the Australian Discrimination Law Experts Group provided examples of behaviour the bill encourages, with impunity:

In each of these examples, what is said would be unlawful discrimination, except the bill trumps the ordinary operation of existing discrimination laws.

Rather than keeping the expression of religious belief within established bounds of civil, non-discriminatory speech, the bill explicitly promotes its unconstrained expression. This will lead to harm.

For example, ACON’s submission to the Ruddock inquiry into religious freedom gave powerful examples of people who already avoid seeking health services for fear of being stigmatised by pejorative comments.

Religious discrimination against other religions

Because the bill applies equally to all religions, the freedom to make statements of religious belief will also be a free-for-all.

A person of one religious belief will be free to disparage, demean and humiliate a person of another religious belief, even within the same faith: Hindus against Christians, Buddhists against Muslims, Orthodox Jews against progressive Jews, Catholics against Anglicans, or Shia against Sunni Muslims.

And “all religions” is a wide category. Under the High Court’s test in the 1983 Scientology case, some forms of satanism, for example, could qualify as a religious belief for the purposes of this bill.

The bill would, for instance, allow a satanist hairdresser to say, very publicly, what they think about the crucifix around a customer’s neck.

The Noosa Temple of Satan has made a submission to the attorney-general’s inquiry saying it would take full advantage of its rights under the law.

Clause 42 of the religious discrimination bill is not law reform; it is an abuse of the power of law. It is itself discriminatory, and it is harmful.

Porter’s third attempt cannot be taken seriously if it persists with this perverse approach to religious freedom.

By Simon Rice, Professor of Law; Director of Professional and Community Engagement, University of Sydney