Government tries to allay asbestos fears ahead of NBN roll-out 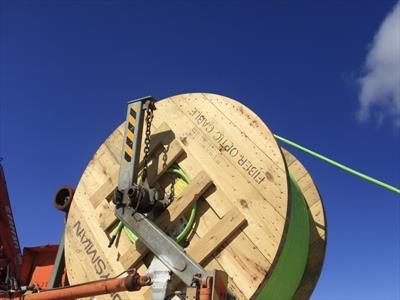 THE federal government has tried to allay the fears of communities living around the national broadband network (NBN) work sites where asbestos has been found.

As unions warn of industrial action unless better monitoring of the deadly material on worksites is enforced, communications minister Stephen Conroy says the incidence of exposure is extremely low.

Senator Conroy says of the 120,000 pits remediated by Telstra since 2010, there have only been 29 cases of asbestos incidents.

But he concedes even one case of asbestos exposure is one too many and he will be holding meetings with stakeholders as early as Thursday to try to resolve the issue.

As well, unions, Telstra officials and representatives of network builder NBN Co and asbestos groups were meeting with workplace minister Bill Shorten in Canberra on Wednesday.

Asbestos Disease Foundation of Australia president Barry Robson earlier this week attended a meeting between Telstra, which is responsible for the pits and ducts being used to roll out the NBN, and the Penrith area families.

He said the families, several of whom were living in hotels, were “very stressed” and wanted Telstra to make their homes safe.

“Clean the house, basically; the carpets, bedding, front lawns and one back lawn,” Mr Robson said.

Telstra is still to publicly respond to their call.

Since asbestos was found at a Telstra pit in Penrith last week, more problems have been discovered at telecommunications works in Ballarat, Perth, Adelaide, Tasmania and Queensland.

Unions want work on the NBN roll-out to cease until Telstra and NBN Co can meet demands on workplace safety.

The process to assess Telstra pits in Tasmania was an “absolute joke”, he said.

“There have been no audits at all,” Mr Mier added.

Mr Turnbull welcomed work stoppages at the NBN sites but called for calm.

“This has got to be approached calmly and responsibly,” he said.

Independent Senator Nick Xenophon renewed his call for an investigation by the auditor-general.

“When you have people who are virtually refugees from their own homes, having to move out because of this fiasco, then you know there has been a systemic failure of governance and of risk management,” he said.

Senator Conroy said work stoppages at NBN work sites wouldn’t impact on the overall schedule of the roll-out of the $37.4 billion project.

He rejected Mr Turnbull’s claim the coalition’s broadband plan would cause “much less disturbance” and hence pose “much less of an asbestos issue” than Labor’s project.

“Malcolm Turnbull works on the policy that if you’re going to tell a lie, let’s tell a big one,” he told Sky News.

Senator Conroy said under the coalition’s NBN plan, three to four million homes would have “exactly” the same work done as under Labor’s plan.

More concerns have been raised about the safety of Telstra’s telecommunications pits.

A toxic and now banned chemical, dieldrin, was used before the 1990s to protect Telstra cables from termites, the ABC says.

CEPU official Valerie Butler says the NBN Co was warned in August 2010 that this former use could be a problem as people could have been contaminated through contact with the soil.

“People have been working very unsafely on the network and so their exposure to dieldrin would be a very real risk,” she told ABC television.AAP