Former Speaker Peter Slipper will get some federal funds to help pay for the costs of his defence of civil action brought by a former staff member. 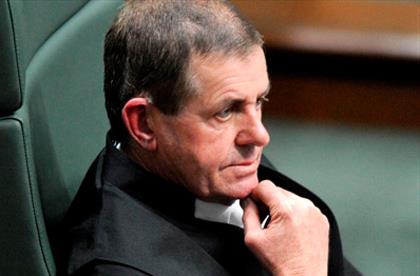 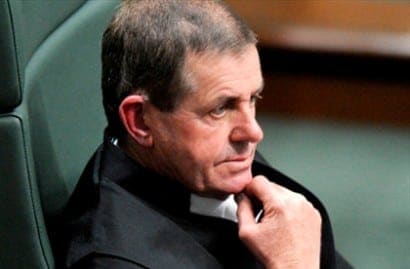 FORMER Speaker Peter Slipper has been given a financial safety net by the federal government for ongoing civil proceedings.

The federal government has agreed to ensure former Speaker Peter Slipper is not left out of pocket after defending civil proceedings brought by his former staffer James Ashby.

Acting special minister of state Gary Gray says the decision was necessary to guard against an increasingly litigious society where politically-motivated legal action had the potential to improperly influence the work of federal MPs and senators.

And he believed the liability insurance arrangements should also apply to state parliamentarians throughout the nation.

“It’s a principle and the principle is this: that members and senators should be allowed to go about their work and their jobs without consideration for the cost that comes from potentially vexatious, politically motivated legal action,” Mr Gray told reporters in Perth.

The Ashby suit was dismissed last December in Sydney’s Federal Court by Justice Steven Rares, who said he was satisfied the proceedings – based around allegations of sexual harassment – “were an abuse of the process of the court”.

Mr Slipper resigned as Speaker of the House of Representatives last year after a series of lurid text messages between him and staffer Mr Ashby were made public through court documents.

Mr Gray would not estimate how much it could cost the federal government, saying act of grace payments were usually confidential.

“I’m an optimist that the judgment made by Justice Rares is soundly based, is carefully considered, took into account all of the factors that bear on this matter and he finds that the actions to date have been entirely politically motivated,” Mr Gray told reporters in Perth.

“Should that decision be upheld, then I wouldn’t expect the Commonwealth to be exposed to any costs at all.”

Mr Gray said Justice Rares’ observations formed the basis of his decision to use an act of grace mechanism to close an “insurance gap” that left Mr Slipper subject to legal costs resulting from the court action.

The gap arose because the proceedings began before management liability insurance arrangements for federal MPs and senators took effect on July 1, meaning Mr Slipper was unable to access the coverage.

The government will pay Mr Slipper’s net legal costs from the Federal Court matter and a subsequent appeal.

If Mr Slipper is able to recover indemnity costs against the other parties, the government may not have to pay anything at all.

Indemnity costs are usually awarded in cases involving misconduct, such as an abuse of process.

Mr Ashby is appealing the dismissal on several grounds, including that the judge erred in his findings.

Mr Gray said no coverage would available to Mr Slipper – who had asked for the assistance – until the appeal process, which could take months, was complete.

“There will be further judgments so … there will be absolutely no determination in the context of this until those matters are dealt with,” Mr Gray said. – AAP