The Government has defended raids by ASIO ahead on an international hearing on an oil and gas treaty with East Timor. 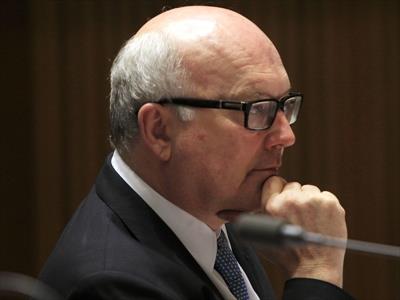 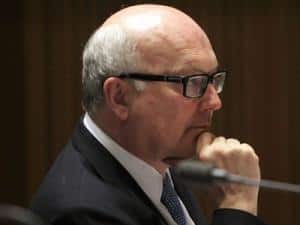 THE federal government has defended ASIO raids on the home of a former spy and his lawyer’s office, saying they were done to protect Australia’s national security and not to disrupt a legal challenge to a multi-billion dollar oil and gas treaty with East Timor.

Attorney-General George Brandis personally approved warrants for the raids on the home of a former spy, as well as the offices of Canberra lawyer Bernard Collaery, at the request of domestic spy agency ASIO.

The raids came as Mr Collaery was in the Netherlands representing East Timor in The Hague to challenge the oil and gas treaty with Australia.

East Timor has accused Australia’s overseas spy agency ASIS of bugging its cabinet during the treaty negotiations from 2004, giving Australia an unfair advantage in the talks.

Mr Collaery further accused the government of launching the raids to stop the former ASIS spy revealing details of the Dili bugging operations.

“These claims are wrong,” the senator said in a ministerial statement to parliament on Wednesday.

“The search warrants were issued, on the advice and at the request of ASIO, to protect Australia’s national security.”

He refused to detail the nature of the security threat.

“We don’t interfere in (court) cases, but we always act to ensure that our national security is being properly upheld – that’s what we’re doing,” he told reporters.

“We find these actions to be disappointing and contrary to a trustworthy, honest and transparent neighbouring relationship,” he said in a statement.

East Timor has been unhappy with the Treaty on Certain Maritime Arrangements in the Timor Sea, which came into force in 2007 and covers the multi-billion dollar oil and gas resources in the Greater Sunrise area in the Timor Sea, between Australia and the impoverished country.

Under the treaty, Australia and East Timor take an equal share of upstream revenue from the gas field. In the neighbouring Joint Petroleum Development Area, East Timor takes 90 per cent of the resources.

Mr Collaery said the unnamed ASIS agent had decided to blow the whistle on the 2004 bugging operation because the former foreign minister Alexander Downer had become a lobbyist for Woodside after leaving politics.

Greens spokesman Scott Ludlam said the raids clearly had nothing to do with national security.

“What is at stake is an apparently well-founded accusation … that ASIS bugged the cabinet rooms of the government of Timor-Leste during sensitive commercial negotiations that have consequences in the billions of dollars for commercial players like Woodside,” he said. -AAP