She's been cast out of Labor's top job by her caucus colleagues, but Julia Gillard is always welcome in New Zealand. 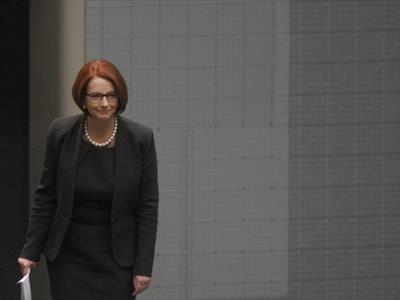 She’s been cast out of Labor’s top job by her caucus colleagues, but Julia Gillard is always welcome in New Zealand.

It may have taken New Zealand’s Prime Minister John Key four days to pick up the phone for a condolence call to the ousted prime minister, but despite the delay, he’s hoping to maintain friendly ties with Ms Gillard.

On Monday, Mr Key told reporters in Wellington he had enjoyed working with Ms Gillard – with whom he’d shared friendly bets on trans-Tasman rugby and many jokes about Australia’s ban on New Zealand apple imports.

“I thought she had done sterling work in terms of building the relationship with New Zealand,” he said.

Mr Key says he and wife Bronagh have built up a personal relationship with Ms Gillard and her partner, Tim Mathieson.

“I invited them to come to New Zealand if they wanted to, in a private capacity, in future … They’re welcome to come and stay.”

Mr Key was much quicker to pick up the phone to Ms Gillard’s replacement, Kevin Rudd, with whom he spoke briefly on Thursday night.

“I wished Kevin Rudd the best, indicated that I think the bilateral relationship is in great heart and look forward to working with him over the months ahead.”

Mr Rudd said he was looking forward to returning to the prime minister’s role, and has a lot of work to do to try and win this year’s election for Labor, Mr Key says.