TRAVEL WRITER WINNER | Traversing the US and Canada by bus can be an eye-opening way to travel, in more ways than one. Our Great Travel Writer competition winner for April, ALICE RERDEN, shares her story. 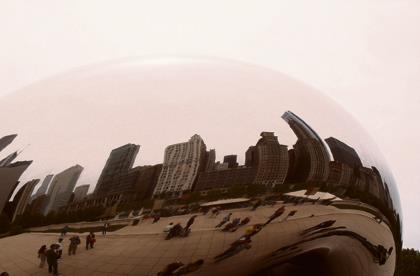 I had done it. I’d finished my last ever semester of uni, and better yet, I’d done it having lots of fun and doing very little study on exchange in Canada. What better way to avoid going back to reality and, even worse, becoming a real adult, than to spend eleven weeks travelling around Canada, the US and Mexico.

I sat down and planned the top 20 or so places I wanted to visit over a geographical area of almost 20 million square kilometres. Next was trying to work out the best way to get to them all.

Amtrak and its Canadian sister, Viarail, seemed the best option — until I saw their route maps, and their prices. Not only would a 45 day rail pass with 18 sectors not get me to all the places on my list, it would also knock a fair chunk out of my savings. Instead, I opted for a 60 day, unlimited travel Greyhound Discovery Pass, all for the bargain price of $630. A damn good bargain it seemed — around $10 a day for intercity travel. Not once did it occur to me it may be this cheap for a reason.

For the traveller well versed in Greyhound Australia, which caters mainly to backpackers looking to travel around Australia on a tight budget, Greyhound USA/Canada is not even in the same ballpark. The demographic consisted mainly of people who use garbage bags instead of suitcases to transport their belongings, and were not always the sharpest tools in the shed. Combine this with 20+ year old coaches, long distances, stinking toilets and non-reclining seats, and you end up with a journey that can only be described as an experience like no other.

From the Canadian bloke who spoke almost non-stop during a 32 hour bus ride from Toronto to Winnipeg, and who believed that Canadians didn’t need passports to travel to the Caribbean, to the homeless man who groped me in a Houston McDonalds, I met a vast melange of characters on my 33 or so bus journeys.

The company wasn’t all bad though. There was the bus driver who made people move from the front row and insisted I sit there because he wanted a pretty face at the front to talk to. Not to mention one of the most interesting people I met on the journey from Memphis to Baton Rouge.

She was a rather large African-American lady heading to a family reunion. People sometimes stereotype Americans as ignorant, particularly those who may not be able to afford to explore the world and experience different cultures as easily as others. This lady had never left the US and on first glance seemed to fit the typical Deep South stereotype. On conversation she revealed herself to be extremely well-informed, knowledgeable and engaging, telling me all about how much she loved Australian tennis player, Sam Stosur (this was before she’d won the US Open as well) and questioning me about Australia, the different animals there, and telling me how much she would love to visit one day. Looks certainly can be deceiving.

When I stepped off the bus in LA after 9 weeks travelling on Greyhound buses I was not sad to see the back of them. But, after zig-zagging back and forth across two countries, five provinces, 25 states, and enduring nine nights buses and only one missed connection, you do develop a certain bond with this form of transport, your travelling companions and the drivers who get you from one stop to the next.

Would I do it again? Never. Was it one of the best experiences of my life? Most definitely.

As the first winner of our Great Travel Writer competition, we’ll be sending Alice Rerden a £250 travel voucher from our good friends at Topdeck. We are sure she’ll find their buses a lot more comfortable.