Gay marriage is the ‘fashion of the moment,’ says Tony Abbott

AUSTRALIAN ELECTION 13 | In his third gaffe in as many days, Opposition Leader and Prime Ministerial hopeful Tony Abbott has described gay marriage as “the fashion of the moment” while defending his stance on the issue. 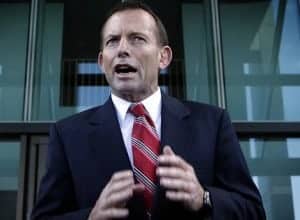 OPPOSITION Leader Tony Abbott has enraged same-sex marriage campaigners by describing the movement as a fad.

In an interview on Sydney radio Mr Abbott defended his refusal to legislate on the issue, maintaining his belief that marriage is between a man and a woman.

“I’m not saying our culture, our traditions are perfect but we have to respect them,” he told John Laws at 2SM.

“My idea is to build on the strength of our society and I support, by and large, evolutionary change.”

“I’m not someone who wants to see radical change based on the fashion of the moment.”

Mr Abbott later clarified his position, saying while gay marriage was important it was not the only significant issue facing Australia.

Lockdown roadmap: is the UK’s exit plan the right one? Three experts give their view

Should he become Prime Minister, Mr Abbott said he would be focused on “bread and butter issues” such as jobs and the economy.

He rejected the suggestion that legalising gay marriage was “inevitable”.

The comments by Mr Abbott came a day after he described young Liberal candidate Fiona Scott as having “sex appeal.”

Deputy Prime Minister Anthony Albanese said both incidents showed that the Opposition Leader was “out of touch” with modern Australian values.

“To define sexual orientation as fashion of the moment will be deeply offensive to many Australians,” said Mr Albanese.