Menzies House, a think tank with links to the Liberal Party, has sparked controversy by publishing a tongue-in-cheek article advocating the death of underprivileged Australians as a method of managing the federal budget. Wayne Swan has labelled the piece by right wing business lobbyist Toby Ralph "a disgusting rant". 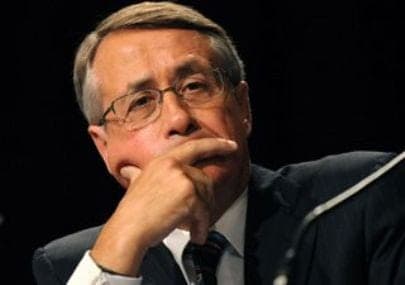 MENZIES House, a think tank with links to the Liberal Party, has sparked controversy by publishing an article advocating the death of underprivileged Australians as a method of managing the federal budget.

The tongue-in-cheek article written by Menzies House lobbyist Toby Ralph in response to the government’s planned super changes argues that a “modest cull” of Australia’s population would result in a significant decline in welfare spending as well as stimulating employment through job opportunities in “processing camps”. Ralph claims that a 30% reduction in Australia’s population would eliminate all unproductive elements in society, making the country “a new tiger of Asia”.

Ralph wrote: “This bold initiative would rid us of indolent students; hapless single mums, lower order drug dealers, social workers, performance artists, Greenpeace supporters and the remaining processing personnel in our collapsing yet heavily subsidised manufacturing industries. The policy would be environmentally sound. The remains of the fiscally challenged could be recycled in a more useful way, perhaps as premium pet food, or blood and bone to speed growth in new National Parks reclaimed from redundant suburbs such as Rooty Hill.”

Ralph is a former Liberal Party campaign strategist that has worked on every federal election campaign since 1996, which saw the election of former Prime Minister John Howard. He has also served as a Special External Advisor to the United Nations, joining Menzies House as a contributing writer earlier this month.

In an interview with Crikey last year, Ralph discussed his reputation as a “mercenary” campaigner with a political philosophy “to the right of Genghis Khan”. Despite having worked for the Liberal Party on several occasions, Ralph claimed that he was not “even slightly” political and saw each campaign engagement simply as a job.

Ralph said: “I like working for things where people’s first reaction is to say: ‘that’s wrong’. I’ll work for anyone who pays me. I’m a taxi: flag me down and I’ll take you wherever you want to go. I’m appalling but at least I know I’m appalling.”

Federal Treasurer Wayne Swan responded to Ralph’s article, describing the author’s suggestion to cull the population as a “disgraceful rant”. Ralph directly addressed the Treasurer in his article, arguing that “the only other solution to raise the $900m Mr Swan’s super tax will provide over the four year Forward Estimates period would be for Government to spend within its means for six days. And that’s clearly just daft.”

Menzies House is a think tank established by Liberal senator Cory Bernardi, who was relegated to the backbench last year after comments linking same sex marriage with the legalisation of bestiality. The organisation’s editor-in-chief Tim Andrews said that Ralph’s article was “a satire in the tradition of Jonathan Swift’s ‘A Modest Proposal’ and, as such, I do not see any cause for persons to be offended.”

Swift, an Anglo-Irish academic best known as the author of Gulliver’s Travels, wrote his essay ‘A Modest Proposal’ in 1729 as a satirical response to the poor social conditions that existed in his native Ireland. The pamphlet suggested that underprivileged Irish families should sell their children as food for the rich in order to ease population pressures and preserve essential resources such as food and shelter.