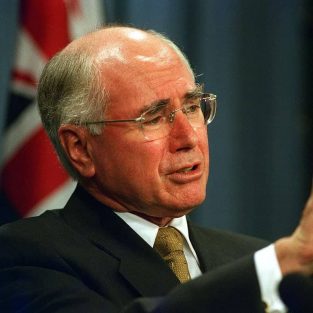 Speaking at a conservative thinktank in London, former Australian Prime Minister John Howard warned British Prime Minister David Cameron that the country runs the risk of being flooded by migrants “unless he regains control of his borders”.

“Well, he can’t really do anything about that unless he regains control of his borders, it’s as simple as that,” Howard said when asked what advice he would give Cameron.  Howard addressed the Centre for Policy Studies on Tuesday night and added, “I know I’m straying into domestic politics and I’m not meant to do that … maybe former prime ministers can?”

In a bid to protect Australian borders Howard, during his term as prime minister,  introduced tough measures to deter boat people also said not having control of borders was one of the consequences of being part of a multinational body – the European Union.

Howard conceded that Italy is facing a “terrible” problem with tens of thousands of migrants crossing by boat from North Africa, “I wouldn’t like to be in that situation. I think there’s an extraordinary humanitarian challenge but there’s a limit to how many people any country can take.”

Regarding the UK’s own migrant issues Howard said they were “matters that the British government and the British people have to grapple with”.