Queensland Premier Campbell Newman is in talks with the federal government to get more immigrants and refugees to settle in regional areas. 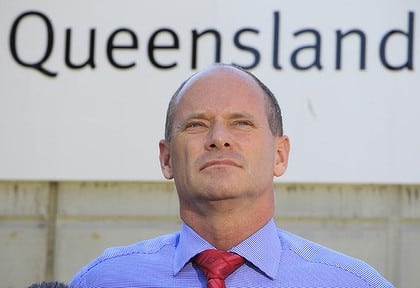 IMMIGRANTS and refugees could have their visas fast-tracked if they agree to live in regional Queensland.

The state could even up its intake under the proposal designed to alleviate pressure on the booming southeast.

Townsville, Rockhampton and Cairns have been earmarked for areas of future migrant growth, but only if the federal government commits to invest in more regional infrastructure.

While the nuts and bolts of the plan are yet to be fleshed out, Premier Campbell Newman has already discussed several strategies with federal Immigration Minister Scott Morrison.

“It could be that if you want to come to Australia, you might be on a certain waiting list … maybe you could get bumped up the queue if you go and spend at least five years in a regional city in Queensland, a regional town,” Mr Newman said.

The governments would work with councils to influence where immigrants and refugees go.

However, education facilities such as English language courses and better infrastructure would be needed if there was an influx of immigrant arrivals to regional areas.

Local Government Minister David Crisafulli says infrastructure and jobs would have to be guaranteed.

“Regional Queensland has been thirsty for this for a generation, it is our opportunity to deliver,” he said.

“There is a world outside of Brisbane.”

About 100,000 overseas immigrants move to Queensland each year.

Currently about 65 per cent of Queensland’s population lives in the southeast, taking in Brisbane and the Gold and Sunshine coasts.

But the Newman government is aiming to have half the state’s populating living outside the southeast by 2043.

Opposition Leader Annastacia Palaszczuk says the plan is nothing new, with 20 per cent of humanitarian entries already going to the regions.

“We also need jobs in the regions, but all this government has done is sack jobs and sack services,” she said.