A triumphant Fire Commissioner has said strategic planning and aggressive back burning has paid off, and the major fire threat authorities had anticipated in the Blue Mountains has been averted. 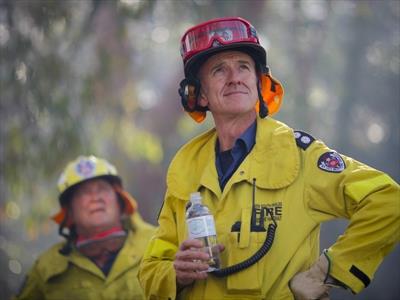 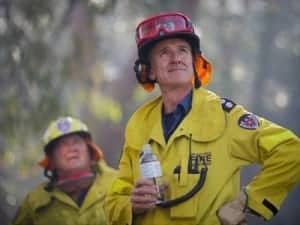 THE major fire threat in NSW has been averted and it is safe for residents of the Blue Mountains to return to their homes.

A relieved NSW Rural Fire Service Commissioner Shane Fitzsimmons said: “the threat to the Blue Mountains has been averted today.”

Authorities had been bracing for a potentially devastating day of bushfires, with extreme fire warnings issued for the greater Sydney area.

However, after a day of aggressive back burning and strategic planning, no property was lost to the bushfires.

“To see that fire hold is still extraordinary,” Fitzsimmons said.

1400 additional firefighters were deployed across the areas considered to be particularly at risk.

Earlier schools and childcare centres in the Blue Mountains were closed, and people were urged not to travel to area. However, residents who had been evacuated are likely to be able to return to their homes tonight.

Fitzsimmons warned a lot of difficult and dangerous firefighting remains, including two fires still at ‘Emergency’ level, in Springwood and Gateshead.