Police in northern Australia suspect a crocodile may have snatched a 22-year old man who went missing a week ago. 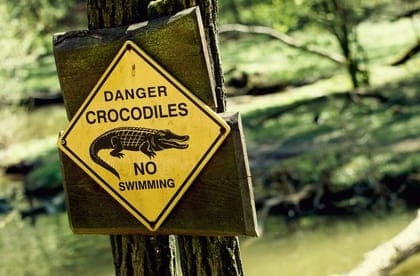 After discovering organic remains inside a crocodile, Northern Territory Police reported that they are investigating the possibility that a missing young man might have been snatched by the animal.

On Wednesday last week community leaders shot dead a crocodile they believed to be responsible for the disappearance of a 22 year-old man.

Speaking to AFP on behalf of the Northern Territory police, Sergeant Antony Deutrom said, “At this stage it is unknown if the remains are human and testing will be undertaken,” adding that “This is a very distressing time for the family and community.”

The young man was last seen by his family on Friday at Pirlangimpi near Darwin.

This incident comes shortly after an incident in June when a crocodile snatched a man in front of his relatives and the death of a 12-year-old boy in January after being attached by a crocodile in the Kakadu National Park.