Fear ‘all the time’ at Qld Salvo farm

A royal commission into child sex abuse has heard how boys at a Salvation Army Training Farm in Queensland lived in constant fear. 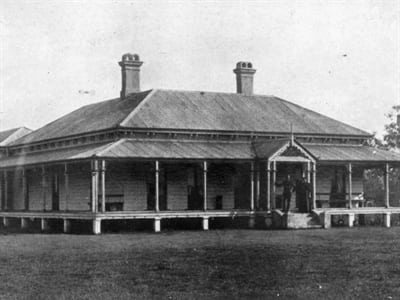 THERE “was fear all the time” around Salvation Army officers, a witness has told a royal commission.

“A lot of you people don’t seem to understand, you did not open your mouth around Salvation Army officers because you did not know what you were going to get.”

That was the response of a witness identified as FP when pressed at an inquiry into child sexual abuse about whether he had complained of ill treatment to state welfare officers who regularly visited the Salvation Army Training Farm at Riverview in Queensland in the 1960s.

FP’s evidence on Wednesday follows that of other witnesses who have told of frequent floggings and sexual abuse both by Salvo officers and older boys at the home.

“Fear of what was going to happen to you if you opened your mouth”, was what kept him silent FP said.

“It was fear all the time. Every time you walked around the corner, you don’t know whether you’re going to get a clip on the bloody ear or a kick up the arse,” he said.

He told Simeon Beckett, counsel advising the commission, “a lot of you people don’t seem to understand what we’re coming on about, you know”.

He said over the past few years the Salvation Army had been good to him and supported his efforts to commemorate the boys and girls who were in homes.

Both FP and another witness EY told of being sexually assaulted by older boys.

EY ran away when he was 16. Police picked him up four months later and he was severely flogged with a razor strap when he was sent back to Riverview.

He did not tell police who picked him up about the sexual abuse at Riverview.

“I knew I would get flogged but I would cop that,” he said.

Mr Beckett said on Tuesday that the commission would hear that many boys who complained of sexual and other abuse were physically punished for making the complaints and those who ran away were returned by police then punished.

Earlier on Wednesday Wally McLeod, who was a resident at Indooroopilly Boys Home and Riverview Training Farm from 1960 to 1966, said he saw one officer, Captain Victor Bennett, grab children as young as four and punch them.

Mr Bennett, who died not long ago, would use a cane with a split end to whip boys, several witness have said.

The commission is examining the responses of the Eastern Territory of the Salvation Army and relevant government agencies to child abuse at four homes – two in Queensland and two in NSW.

It will examine in detail the Salvation Army’s processes at the time to identify, investigate, discipline, remove dismiss and/or transfer people accused of or involved in sexual abuse.

Evidence will be presented that officers were moved from one home to another, despite complaints about them.-AAP