The Euros are here – Europe’s festival of football, featuring some of the best players on the planet in peak physical condition. Yet alongside this spectacle runs a carnival of corporate advertising – often marketing unhealthy products such as alcohol, junk food and gambling apps. 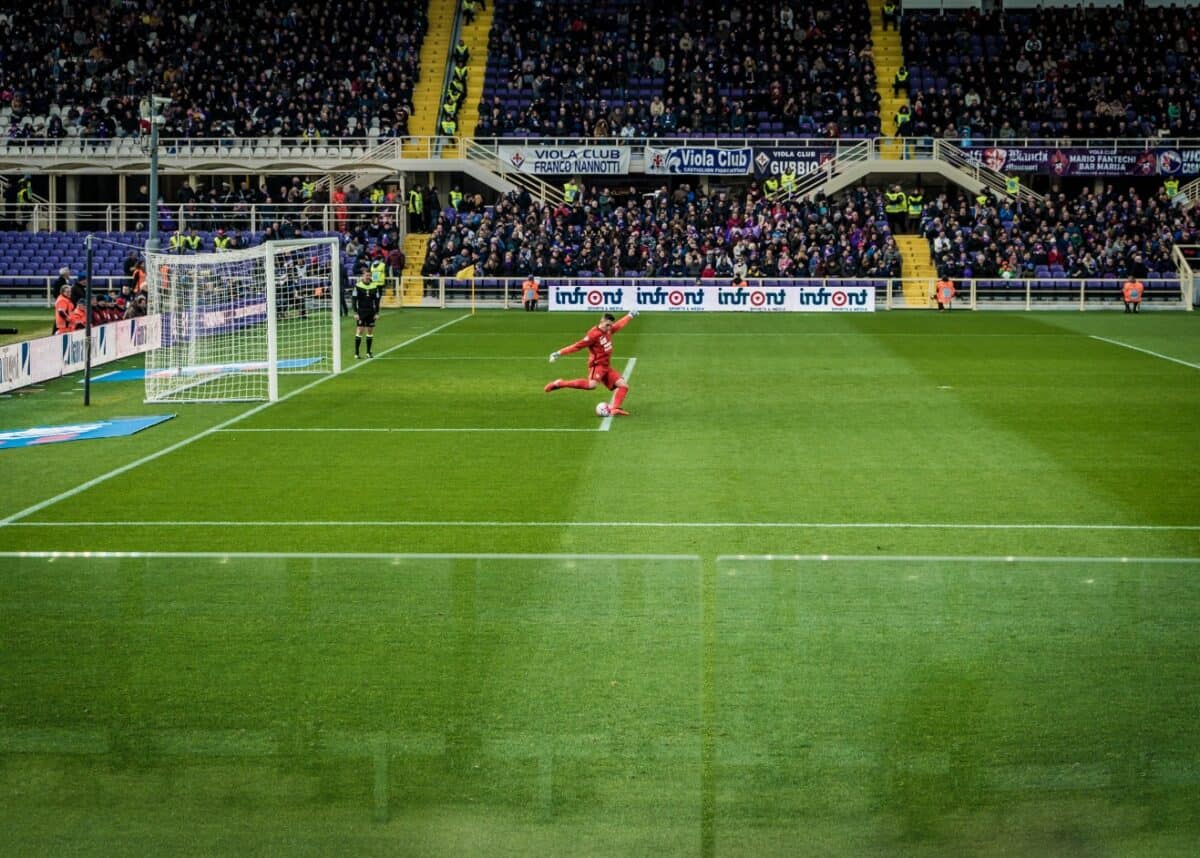 Photo by Karsten Winegeart on Unsplash

The Euros are here – Europe’s festival of football, featuring some of the best players on the planet in peak physical condition. Yet alongside this spectacle runs a carnival of corporate advertising – often marketing unhealthy products such as alcohol, junk food and gambling apps.

How is it that a showcase for health and fitness became so saturated with unhealthy messages? As Gareth Southgate has said, the tournament means a lot to players and fans alike. That means these games deliver millions of eager eyeballs. When Portugal beat France in Euro 2016, for instance, an estimated 284 million people were watching. Heineken, Euro 2020’s leading sponsor, pays UEFA an estimated $45 million (£31.8 million) annually for access to this audience.

But in the context of a pandemic, promoting unhealthy products to hundreds of millions of people feels particularly wrong. We know that health issues such as obesity and diabetes – often preventable with interventions – can contribute as comorbidities in severe COVID-19 cases. We know too that gambling addiction increases the risk of suicide.

For the sake of public health, now is the time for fans to reassess whether they want unhealthy products to surround the sport they love. And if they don’t, there are ways to oust these advertisers in favour of healthier alternatives.

If anything, the pandemic has only worsened the problem of unhealthy advertising in football, with the absence of in person fans in the English Premier League last season exposing new spaces for advertisements.

Newcastle United used the space where fans usually sit to promote their principal sponsor, FUN88, a gambling company. Leicester City have three gambling partners currently showing on their website, while Arsenal have three alcohol sponsors. When fans did return, Tottenham Hotspur sat theirs in the upper tier, reportedly so that television cameras were able to capture lower-tier banners advertising energy drinks, a gambling company and unhealthy snacks.

That decision sparked outrage, but it’s easy to see why it was made. Premier League television broadcasts reach an estimated 643 million households across the world. And in one game we researched, there were 716 gambling brand exposures alone, representing more than six logos per minute. Such heavy in-broadcast exposure is highly sought after by the world’s biggest brands.

The Euros are a sports mega-event with mass popular appeal across the world, attracting a total of 2 billion viewers in 2016. That’s a prime opportunity for marketeers.

It was in the 1970s that modern packages of sponsorship rights were first conceived and developed for the FIFA World Cup. Coca-Cola was first on board in 1975, while the tobacco company RJ Reynolds was a sponsor throughout the 1980s – until FIFA responded to the charge that this may not be an appropriate example to set young fans.

Associating unhealthy brands with sport is important to corporations because it provides a “health halo” effect designed to influence consumers’ perceptions. As such, the early sponsors of sport were often alcohol and tobacco companies, which used an association with healthy lifestyles to promote and normalise their products while avoiding traditional advertising regulations.

With the help of sport’s governing bodies, corporations are finding ways to overcome national advertising restrictions to this day. At the 2014 World Cup in Brazil, FIFA allegedly demanded that alcohol should be available at the matches despite being prohibited under Brazilian law. One FIFA official later complained about the “levels of drunkenness” in stadiums.

And at the last European Football Championships in 2016, Carlsberg reportedly found a way to get its message out there, despite France’s national law prohibiting alcohol marketing at sports events. A study of alcohol marketing in general at Euro 2016 found an average of 122.94 alcohol marketing references per broadcast – roughly one every two minutes.

According to Carlsberg, its brand activation techniques at Euro 2016 raked in tens of millions in beer sales. One gambling operator claimed the same tournament drove record levels of betting. But to avoid criticism when this engagement leads to unhealthy outcomes, businesses tend to blame the consumer for buying unhealthy products. Unfortunately, it’s hard to be responsible when the marketing is telling you it’s fun.

So, is this just another public health gripe to spoil a long-awaited tournament? Not when you have a passing knowledge of the state of the nation’s health. There were over a million hospital admissions for obesity in England in 2019/20 – up 17% on the previous year. And excess weight, poor nutrition and alcohol consumption all directly influence the prevalence of cancer and heart disease, the most common causes of death – even during a pandemic.

Yet as audiences settle down to consume a fiesta of football over the next few weeks, advertisers will encourage them to order a pizza for half-time, have a flutter, and get the beers in.

On top of rightly addressing racism in the sport and in wider society, it’s time for football to reconsider its unhealthy relationships with industries that prey on fans’ passion for their sport to promote brand excitement and consumption.

Fans at Norwich City have shown it’s possible to overturn a partnership with an unwelcome gambling sponsor. Fans showcased their collective clout in April 2021 to quash the European Super League. And fans can and should demand healthier brand partnerships from their teams and tournament organisers – which could help us all enjoy the football without having to wade through a flood of unhealthy messaging when we switch on the TV.