Tourists have been advised “not to bother” travelling to Perth in a scathing review of its value as a holiday destination following a Tourism Australia industry event in city last month. 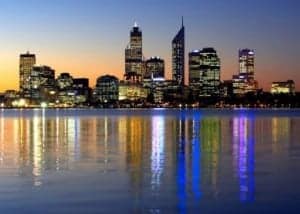 TOURISTS have been advised “not to bother” travelling to Perth in a scathing review of its value as a holiday destination following a Tourism Australia industry event in city last month.

Tourism Australia held the Australian Tourism Exchange in Perth last month in an effort to showcase Western Australia to industry leaders from around the world. The conference came in advance of the West Australian government reaching a $1.2 million agreement with Qatar Airways in effort to bolster European tourist figures.

The West Australian government and Qatar Airways today signed a memorandum of understanding that will see the Middle East based airline launch direct flights to Perth and assist the state in attracting visitors from throughout Europe.

Qatar Airways partnership with the West Australian government comes as a Sydney-based tourism consultant has claimed that industry leaders from around the world have pledged to advise clients against travelling to Perth due to the excessive costs involved. Travel writer and consultant John Alwyn-Jones said that Tourism Australia had wasted their time in holding a travel conference in Perth due to the “astronomic costs being experienced by delegates.”

Mr Alwyn-Jones, writing on travel website e-Global Travel Media, said: “I spoke to both sellers and buyers at ATE (Australian Tourism Exchange) and all are appalled at the cost of restaurant meals, drinks and hotel rooms, with the majority saying they could never recommend their clients visit Perth.”

Mr Alwyn-Jones cited the high price of hotel rooms and food as key reasons that several travel consultants had told him that they would advise against visiting Perth. He said that he had paid around $79 for two burgers and three drinks, and that an American consultant had said that he would recommend clients “stay perhaps one night and no more in Perth, if they had to.”

Tourism Council of WA chief executive Evan Hall responded to Mr Alwyn-Jones’s claims on ABC Radio, claiming that inflationary pressure on the hospitality industry was occurring due to the impact of increased activity in the West Australian resource sector.

Mr Hall said that the West Australian government had refused to take action to assist the tourism sector in keeping prices down, with small tourism operators being forced to cut-prices in order to compete with large operators moving into the state. He also claimed that the $55 passenger movement charge for people travelling in and out of the country was having a negative impact on tourism within the state.