OPINION & ANALYSIS: Keep Michael Jackson on the radio – but never play him without reminding listeners of what he has been accused of. Do the same with other artists similarly accused, or found guilty of, a crime. 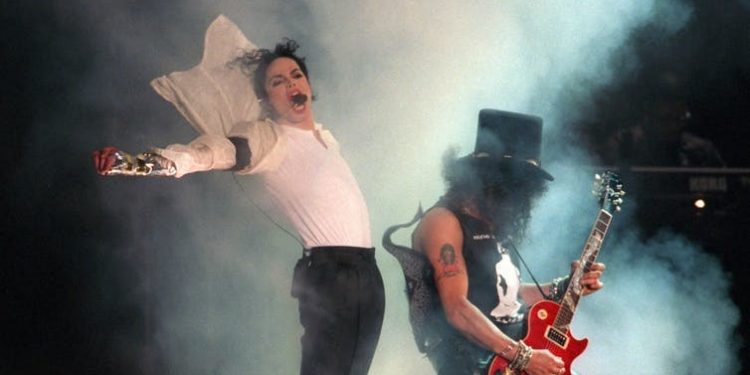 Many of New Zealand’s major commercial radio stations, and its public broadcaster, are no longer playing the music of Michael Jackson. This decision comes after the airing of the new documentary Leaving Neverland, in which two men, Wade Robson and James Safechuck, allege they were molested by the singer as children.

The NZ move, and a decision by Australia’s Nova Entertainment Group and some Canadian radio stations to stop playing Jackson’s music, come hot on the heels of the arrest of singer R. Kelly. This followed the airing of a documentary series in which numerous women told of their alleged abuse – mainly as underaged girls – at his hands. Kelly who has been charged with 10 counts of aggravated sexual abuse against four victims, denies the allegations, as do Jackson’s family.

Still, it is becoming increasingly apparent that abuse is woven into the very fabric of the music industries. Throughout the history of rock, pop and hip hop, we can find many examples of men abusing women, often in plain sight, and often excused as just part of a “sex drugs and rock n roll” lifestyle, or as a quirk of an artistic genius.

But is banning the music of artists accused of reprehensible behaviour the best course of action? Any why single out Jackson for this treatment, give the apparent scale of the problem?

On the one hand, taking action to censure an alleged paedophile may be seen as desirable in a society that regards the sexual abuse of children as one of the worst types of crime.

There is a danger, though, that by simply banning exposure to the music of Jackson – and not other artists who have been documented as having slept with underaged groupies, or artists who have abused women in a variety of other ways, we have put a tiny band-aid over a gaping wound.

Sexual abuse in the music industry is a systemic, ongoing problem that won’t be resolved by just hacking away at the canon.

A further problem with this kind of blanket radio ban is the question of who else gets silenced if the music is turned off. Music-making is a communal activity. Do the many other people who contributed to an album or song deserve to have their work thrown in the bin as well?

More importantly, however, is the question of what happens to the stories of the victims. If we stop listening to Michael Jackson, does that simply allow us to avoid something uncomfortable, to not have to think about those little boys and what they allege happened to them?

Spotify went down a similar path of limiting exposure to the music of Kelly (and other artists such as XXXTentacion) in 2018, when it briefly adopted a policy of not promoting problematic artists in top playlists (although it did not ban the artists altogether). After a backlash from the record companies of the artists involved, Spotify backed away from this position fairly quickly, opting instead to introduce a “mute” button, which allowed listeners to choose for themselves which artists they did not want to hear.

Jackson’s estate has described Leaving Neverland as “a rehash of dated and discredited allegations” and filed a lawsuit against it. His family have condemned the film, saying its creators were not interested in the truth.

Yet interestingly, the documentary form seems to be particularly effective at the moment in providing a platform for these artists’ accusers to be seen, heard, and believed. Accusations against Jackson are not new, but details about his alleged crimes were sparse in the early 2000s when he was taken to court. Having the gaps in this picture filled in by these men in their own words seems to have turned the tide of opinion – at least in some quarters – against the well-loved icon.

As with Jackson, tales about Kelly have been circulating for years, but seeing the faces and hearing the voices of his accusers (and their sheer number) seems to have provided an added impetus for action to be taken.

Perhaps the best solution is to face this problem head on. Keep Michael Jackson on the radio – but never play him without reminding listeners of what he has been accused of. Do the same with other artists similarly accused, or found guilty of, a crime.

Creating an ongoing conversation that does not allow us to sidestep these issues – and showing offenders that their music will from now on be associated with their abuse – may allow us to find a way forward.