Did Al Jazeera’s undercover investigation into One Nation overstep the mark?

OPINION & ANALYSIS: The brutal tactics of the gun lobby and the operations of One Nation need exposing. Journalism sometimes has to take on the unsavoury job of extracting the truth from those who do not want to share it. 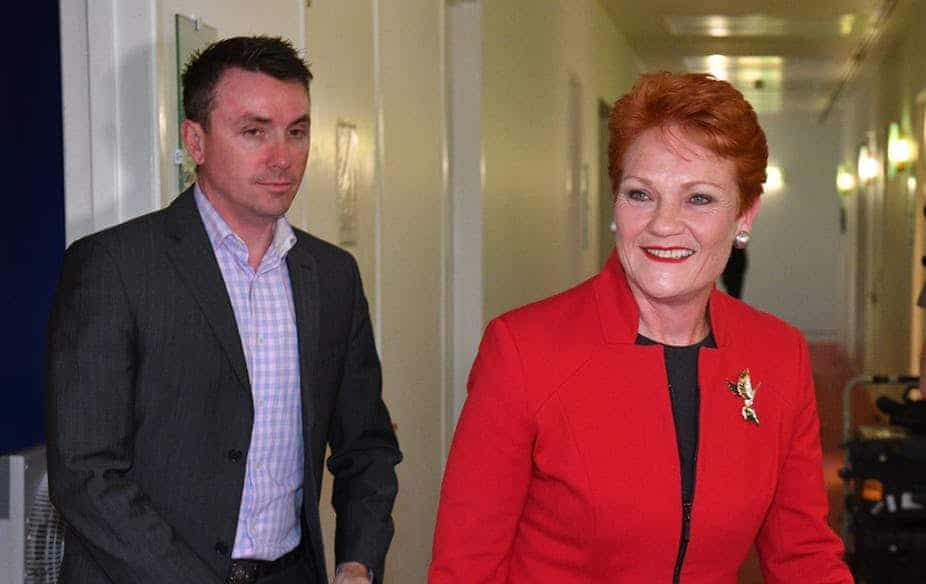 The sheer audacity of Al Jazeera’s three-year ruse is astounding.

The news company’s investigation unit has carried out a sting that has captured both the National Rifle Association of the United States and Australia’s One Nation Party in all sorts of compromising positions.

The series, “How to sell a massacre”, has exposed the NRA’s manipulative media practices and revealed One Nation’s desire to cosy up to the US gun lobby to find ways of funding its domestic campaign to overturn our gun laws.

The documentary has exposed the thinking of some of the party’s most senior figures about taking control of the parliament and their obsession with Muslim immigration.

Al Jazeera senior producer Peter Charley did this by placing actor-turned journalist Rodger Muller in the field to impersonate the head of a fake pro-gun lobby group called Gun Rights Australia. The pair then pandered to One Nation’s desire for financial support and international endorsement and exploited US gun lobbyists’ fears about Australia’s strict gun laws.

They got away with this for three years, gaining unprecedented access to the halls of the NRA and to the minds of two One Nation officials, Queensland state leader Steve Dickson and the party’s controversial chief of staff, James Ashby.

Read more: How Australia’s NRA-inspired gun lobby is trying to chip away at gun control laws, state by state

A matter of ethics

There are at least two ethical questions about this documentary.

The first is whether the producers have overstepped the mark by not only reporting what they saw but creating the scenario in which the events occurred.

The second concerns the program’s extensive use of hidden cameras.

On the first matter, the issue is whether the program created the meeting between One Nation and the NRA and therefore acted irresponsibly by entrapping the subjects of the film.

In his account of what happened, Rodger Muller put it this way:

Then Charley asked me to contact Pauline Hanson’s One Nation – a far-right pro-gun Australian political party. Charley wanted me to find out if any connections existed between One Nation and the US gun lobby. And so began another chapter in my life as an avid “gunner”.

When I approached One Nation Chief of Staff James Ashby and mentioned my NRA connections, he told me he wanted to visit the US to meet them. I set up meetings in Washington and soon Ashby and One Nation’s Steve Dickson were on a flight to the US.

I was there, ready to meet them. And our hidden cameras were all primed and ready to go.

This suggests that Muller and Al Jazeera were catalysts and enabled the connection between One Nation and the NRA. But it also demonstrates that there was a desire on the part of One Nation to meet the US gun lobby, and – as later becomes clear – the party was motivated to do so to raise funds and make political connections.

So is this responsible journalism?

The Media Entertainment and Arts Alliance code of ethics – the protocols by which thoughtful journalists operate in Australia – is largely silent on this issue.

It doesn’t say anything explicitly about creating the news by making connections between players to observe what happens next. But it does stress the need to “report and interpret honestly”.

It calls on reporters to use “fair. responsible and honest means to obtain material” and to “respect personal privacy”. But the code also acknowledges journalists both scrutinise and exercise power. The preamble makes the point that journalism animates democracy.

Most importantly, in its guiding cause, the code states:

It allows for any of its other clauses to be overridden to achieve “substantial advancement of the public interest”.

So is it wrong to make and enable connections that might not otherwise happen in order to observe the outcomes? Is this fair and honest and responsible?

Like many things, the answer might be dependent on the motivation. From where I stand, it looks like Al Jazeera’s motivation was to get to the heart of something fundamentally important that would otherwise remain opaque.

And while we’re pondering that one, there’s the perennial ethical question about hidden cameras.

This isn’t your garden variety case of a tabloid TV program exposing a dodgy car salesmen or a real estate scammer. In this film, the use of hidden cameras directly places several parts of the code of ethics against that all important public interest override.

The question is whether the public’s right to know is so important that it justifies the film’s deceptive conduct and breaches of privacy.

For me, the use of hidden cameras can clearly be defended when a publicly funded Australian political party, that knows what it’s doing is dodgy, is making connections to “change Australia” by gaining the balance of power in the parliament and “working hand in glove with the United States”.

It is highly likely the extent of One Nation’s behaviour could only be exposed through this sort of reportage. James Ashby is captured repeatedly reminding others they need to be secretive in their dealings with the NRA.

The public has a clear right to know what One Nation is up to. This is especially the case when part of its mission is to learn new techniques to manipulate the public debate to pursue an agenda of overturning the ban on guns following the 1996 Port Arthur Massacre.

The NRA are media experts

There’s something else about this program that justifies the use of hidden cameras. It exposes the utter cynicism of the media messaging and media training that underpins the NRA like nothing I have ever seen before.

In a closed meeting with NRA officials, One Nation is given a crash course on how to deal with bad press, particularly following mass shootings.

Lars Dalseide, an NRA media liaison officer, is captured saying pro-gun lobbyists should smear supporters of gun control by accusing them of exploiting the tragedy.

He even provides a useful retort to anyone who might suggest that gun ownership might be a factor in a mass shooting. He says:

How dare you stand on the graves of those children to put forth your political agenda.

“Just shame them to the whole idea,” he suggests, by arguing pro-gun campaigners should declare to opponents:

If your policy isn’t good enough to stand on its own, how dare you use their deaths to push that forward.

As he says this, Ashby is recorded replying: “That’s really good, very strong”.

Some of that phrasing seems familiar in the immediate aftermath of the Christchurch massacre, suggesting parts of the NRA’s playbook have already made their way down under.

The brutal tactics of the gun lobby and the operations of One Nation need exposing. Journalism sometimes has to take on the unsavoury job of extracting the truth from those who do not want to share it.

By Andrew Dodd, Director of the Centre for Advancing Journalism, University of Melbourne