Deputy Prime Minister Anthony Albanese has claimed that having a beer with embattled MP Craig Thomson was "no big deal", with senior political figures accusing him of bad judgement. 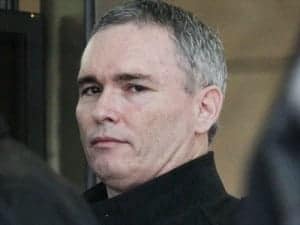 DEPUTY Prime Minister Anthony Albanese has confirmed reports that he went for a beer with embattled Independent MP Craig Thomson this week, however claimed that the social meeting was “no big deal.”

Mr Albanese was photographed with Mr Thomson at the Belgian Bier Café in central Sydney, which is in the building adjacent to the Commonwealth parliamentary offices. Mr Albanese claimed that he was not a close friend of Mr Thomson, and that the pair only had a short conversation.

Mr Albanese said: “I was having a beer after work with someone who I work with. Craig Thomson was in the building, he came along for a beer, a personal chat, that’s all. No big deal. Hold the front page: Albo likes a beer after work.”

Mr Thomson was a member of the Australian Labor Party until being suspended by the party while facing allegations that he misused funds as general secretary of the Health Services Union between 2002 and 2007. Mr Thomson has been accused of using a union credit card for a range of personal matters including engaging the services of a prostitute.

Mr Albanese said that Mr Thomson was in Sydney for his father’s birthday, and that their conversation at the Belgian Bier Café only lasted ten minutes before Mr Thomson had to leave. He said that, in his position as Leader of the House, he regularly spoke to Independent MPs and members from opposing parties.

Mr Albanese said: “If you go to a bar next to Parliament in Canberra or parliamentary offices you will see people from all political parties. I have had the occasional quick chat with a range of Coalition members as well, it’s no big deal.”

Prime Minister Kevin Rudd said that his deputy’s drinking partners were none of his business, and that he does “many things in life, but supervising the drinking activities of my ministerial colleagues is not one of them.”

Mr Mundine said: “Here the Deputy Prime Minister of a political party that has gone out of its way to expel this bloke from the party and here they are saying that they are reforming the party, the very things that Craig Thomson represents, and here he is, mate or not, this is completely indefensible.”

Mr Albanese’s social meeting with Mr Thomson occurred on the same day that the Labor Party was rocked by the withdrawal of the only candidate to nominate for pre-selection in the controversial MP’s electorate of Dobell. Mr Thomson has declared that he will contest the 2013 election as an Independent.