Debenhams closure: the case for a national programme to fill empty department stores

Department stores have not fared well under COVID-19. Thanks to changing government restrictions, stores have veered from near-normal trading to click-and-collect to complete closure apart from online offerings. Photo by Sunyu Kim on Unsplash

Debenhams, one of the UK’s leading department stores chains, is set to permanently close its 97 remaining outlets in England and Wales during the first two weeks in May. Having already closed its Scottish stores and the flagship on London’s Oxford Street, it will mark the end of Debenhams as a bricks and mortar operator. The brand alone will survive, having been bought by online retailer Boohoo earlier in the year.

Department stores have not fared well under COVID-19. Thanks to changing government restrictions, stores have veered from near-normal trading to click-and-collect to complete closure apart from online offerings. This has been confusing for customers. They have turned to online shopping, both through department-store sites and internet-only rivals like Amazon and ASOS.

The timing could not have been worse for physical stores, since they were already struggling to compete with online retail. As well as the Debenhams collapse, House of Fraser continues to axe or repurpose stores as part of an ongoing pre-pandemic programme, and John Lewis has permanently closed 17 of 51 stores – including the likes of Birmingham Grand Central, which only opened in 2015.

A couple of years ago, I wrote in The Conversation that things had become so bad for UK department stores that John Lewis might even have put out the last of its famous Christmas adverts. John Lewis may not quite have stopped making festive ads, but more generally events have turned out worse than I anticipated. Closures are creating huge empty spaces in our high streets and shopping centres. The big question now is, what to do about it?

First off, we shouldn’t actually assume the whole sector will die off. Online retail’s share of the overall UK market had climbed to 22% by the start of the pandemic, and has since risen as high as 36%. But we don’t need to assume that trend will continue indefinitely. For example, online stores may have killed off many book shops but Waterstones was thriving before the pandemic.

Surviving department stores could similarly benefit from being the last man standing. After all, nearly one in five people over 65 in the UK never use the internet and many also have more spare cash than debt-laden under-40s.

For those that do shop online, there is still a perception that it involves something of a gamble. Online delivery has improved over the years, partly thanks to better customer information through apps, texts and so on, but many of us regularly play a game of “hunt the parcel” with our neighbours.

During the pandemic, consumers’ experiences of online delivery have been mixed. Supermarket services have been plagued by timeslot shortages, for instance. Deliveries to home will also become less convenient once people are not always working or studying there.

Meanwhile, department stores have never simply been about purchasing. Since Victorian times, they have been “cathedrals of consumption” – places to spend leisure time, where being seen was as important as what you bought.

It is no coincidence that they invariably contain a cafe, and usually various eating and drinking places. Lockdown probably hasn’t permanently killed off the inherent human desire to socialise and display social status.

Nonetheless, the demise of the department store presents a significant challenge for cities, particularly when high streets and shopping centres are declining more generally. Department stores are often the destination outlets around which retail locations are “anchored”.

They drive consumers to a location. Once these anchors depart, the whole shopping centre is “holed”. Nobody is likely to choose to spend their leisure time or demonstrate their status in a decaying retail centre, with boarded up shops and a despondent air. Many retailers will switch to healthier locations as a result.

The question is how to turn this into an opportunity to change use. It is not the first time that cities have had to manage empty, unproductive space. Two relatively recent examples are the many bomb sites after the second world war, and the brownfield sites following the deindustrialisation of the 1980s.

This time around, the UK housing crisis, with an estimated requirement of 380,000 new homes a year, points to a way forward. There are already examples, with planned housing use on a former House of Fraser site as part of the multi-billion-pound Birkenhead 2040 regeneration project in north-west England.

Such conversions will be made easier by the UK government changing the rules so that retail sites in England can be converted into housing without planning permission. Of course, this could simply create an environment that is neither fish nor fowl – too little retail density to attract enough shoppers, but offputting to homebuyers and tenants because of noise and potential lack of privacy.

In any event, the planning changes are unlikely to fill all the empty footage on their own. Many leading recent housing and leisure schemes originated from repurposed urban space, such as Salford Quays in Greater Manchester and the Albert Dock in Liverpool. But they took years, indeed decades, to come to fruition because there are always serious obstacles, not least fragmented site ownership, financing and lack of shared vision.

But rather than despair, perhaps we can learn something from the UK’s approach to COVID-19. Instead of the orthodoxy of the past 40 years where we rely on the market, the government could take the driving seat.

Vast Nightingale hospitals were created seemingly overnight to handle COVID. Students and the retired were re-employed in frontline healthcare roles, and a seemingly effective vaccination programme has been enacted.

Maybe a similarly bold approach could address the millions of unwanted square feet on high streets and shopping centres. The government could use compulsory purchase orders to take control of many sites and repurpose them into the best uses for each area. This would obviously not be cheap, but this is a national crisis. Better to grasp the nettle than to allow city centres and shopping centres to slide into ruin, with all the potential for deprivation and crime that would emerge along the way. 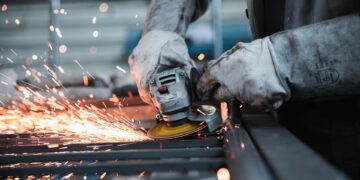 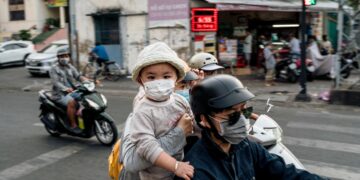 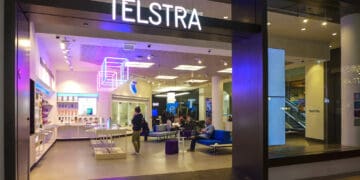 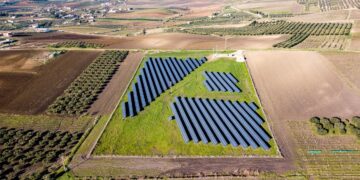