It hasn't even hit yet and already the Cyclone Marcia jokes are flooding in. Australia just couldn't resist #MarciaMarciaMarcia 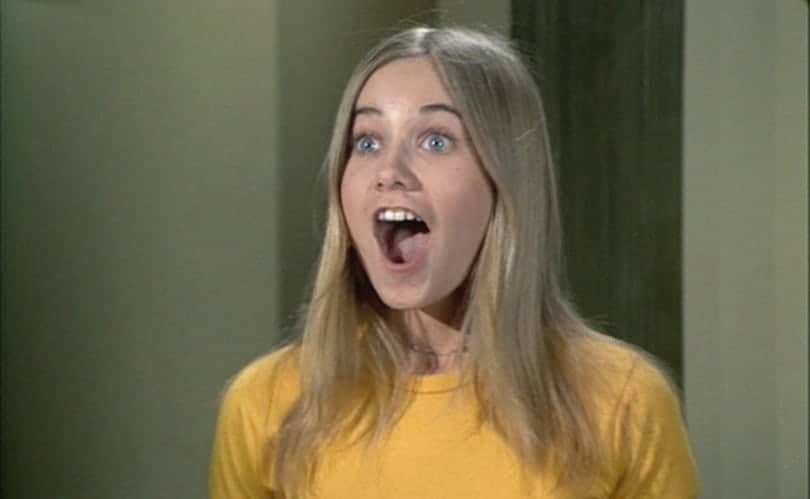 While Cyclone Marcia intensifies and Queenslanders prepare for the worst, some Aussies are already making light of the situation. Marcia. Brady. Geddit?

I’d like to think @BOM_Qld are planning to name the Qld cyclone Marcia simply because Maureen McCormick is on #ImACelebrityAU. #TCMarcia

Given Network 10′s fondness for cross-promotion, it would seem obvious for its newsreaders to refer to Cyclone Marcia Marcia Marcia…

Bloody Queenslanders! Its like a bad brady bunch re-run.. Everything is Marcia! Marcia,Marcia,Marcia — scott (@scttmeredith) February 18, 2015

#celebmaureen (a.k.a Marcia) is not only hitting our TV’s by storm but the Qld coastline aswell! @ImACelebrityAU #ImACelebrityAU

We are going to hear a lot about #Marcia in the next 24 hours – take care up north https://t.co/eXZhz6Dgvy #MarciaMarciaMarcia — Tim Harcourt (@TimHarcourt) February 19, 2015

Brace yourselves Queensland: the inundation of Brady Bunch jokes has begun and is forecast to continue for days. #marciamarciamarcia — Matt Liddy (@mattliddy) February 18, 2015

Cyclone Marcia is expected to hit the Queensland coast at about 3am on Friday morning as a category 5 storm, causing extensive wind and flood damage.