Cure for AIDS may have been on downed flight MH17, says expert

Scientific community reels at reports that HIV researchers and activists headed for AIDS conference in Australia were on Malaysia Airlines flight shot-down over Ukraine. 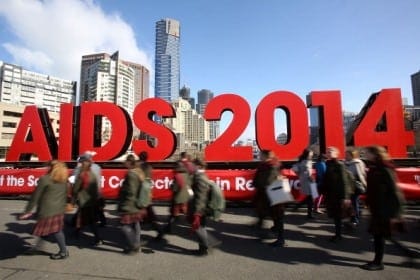 A number of the world’s top researchers and advocates were on board Malaysia Airlines flight MH17 when it was shot down in a missile attack over Ukraine killing all 298 passengers and crew, including 28 Australians.

It is understood a number of delegates to the 20th International AIDS 2014 conference, due to start in Melbourne, Australia on Sunday were booked on the doomed jet.

The flight from Amsterdam was bound for Kuala Lumpur, a major transit hub for onward flights to Australia.

It is as yet unconfirmed exactly how many conference attendees were amongst the plane’s passengers. However, delegates to a plenary session held in Sydney ahead of the Aids 2014 event were told on Friday that email exchanges showed about 100 of their fellow attendees were travelling on the downed aircraft.

*UPDATE 19/07/2014:  The number of delegates thought to be on board the plane has been revised downwards to at least 6 and possibly more.

Trevor Stratton, a Canadian HIV researcher in Australia ahead of the conference told the ABC it was a massive loss to the scientific community.

“What if the cure for AIDS was on that plane? Really? We don’t know”, he said

“There were some really prominent researchers that have been doing this for a very long time and we’re getting close to vaccines and people are talking about cures and the end of AIDS.

“And you can’t help but wonder what kind of expertise was on that plane.”

Prof. Richard Boyd, director of the Monash Immunology and Stem Cell Laboratories, told Guardian Australia: “There were some serious HIV leaders on that plane.”

“This will have ramifications globally because whenever you lose a leader in any field, it has an impact. That knowledge is irreplaceable,” he said.

“We’ve lost global leaders and also some bright young people who were coming through. It’s a gut-wrenching loss. I was involved in the aftermath of 9/11 in New York and it brings back that level of catastrophe.

“But the Aids community is very close-knit, like a family. They will unite and this will galvanise people to strive harder to find a breakthrough. Let’s hope that, out of this madness, there will be new hope for the world.”

Clive Aspin, a veteran HIV researcher who was at the plenary session, said the loss was “devastating“.

“There’s a huge feeling of sadness here, people are in floods of tears in the corridors.

“These people were the best and the brightest, the ones who had dedicated their whole careers to fighting this terrible virus.”

IMAGE: Signage for the 20th International AIDS Conference on July 18, 2014 in Melbourne, Australia. Twenty-eight Australians and a *number of AIDS activists, researchers, health workers and delegates bound for the major conference were among those aboard Malaysia Airlines Flight MH17 which was reportedly shot down over Eastern Ukraine.  (Photo by Graham Denholm/Getty Images)