Australian victims of the terror attacks in New York, London, and Bali are finally set to be compensated. 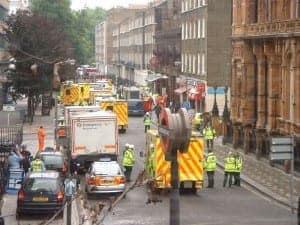 More than a decade after the September 11 attacks in the United States and the 2002 Bali bombing, and less that a decade since the London bombings, Australian victims and their families are finally set to receive compensation.

Prime Minister Tony Abbott will confirm the news on Wednesday when he visits the Bali bombing memorial site in Kuta, making good his pre-election pledge that he would address the issue within 100 days of taking office.

The victims of overseas terrorism compensation scheme was introduced by the Gillard government in 2012, but was not made retroactive, meaning those affected by the attacks in New York in 2001 and Bali in 2002 and 2005 were unable to benefit.

But Mr Abbott, who was in Bali at the time of the 2002 bombings, will announce that compensation payments will now be made available to victims and their families for terrorist attacks dating back to September 10, 2001.

Mr Abbott was in Bali when a massive bomb in a parked van was detonated outside the Sari Club in the bustling tourist area of Kuta just after 11pm on October 12, 2002.

The explosion came just 20 seconds after a suicide bomber detonated a backpack loaded with explosives inside Paddy’s Bar.

In the aftermath of the attacks, the prime minister spent many hours at Bali’s Sanglah General Hospital trying to help victims.

Mr Abbott has always said his intention to address the compensation issue was personal, and not political.

The move to address the compensation issue will finally fix the “extreme injustice” for victims and their families of recent overseas terrorism, Mr Abbott will say.

The scheme, which will cost about $30 million, will benefit around 300 individuals and families.

Payments of up to $75,000 will be made available to each eligible person, or their families. Claims can be lodged from October 21.