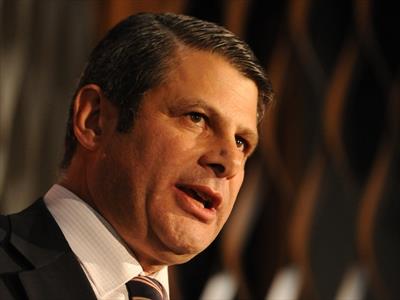 LABOR has accused the incoming Abbott government of being petty and vindictive after it axed a plum diplomatic posting for former state Labor premier Steve Bracks.

Julia Gillard’s government appointed Mr Bracks in May to be Australia’s next consul-general in New York.

He was due to take up the posting this month but incoming foreign minister Julie Bishop has cancelled it.

Mr Bracks issued a statement saying he had spent the past month consulting with business and government leaders in preparation for the job. He says he now intends to seek work in the funds management sector.

“I wish the foreign minister-elect every success with her new appointment for this position and I will be making no further comment at this time,” Mr Bracks said in a statement on Tuesday.

“This decision is both petty and vindictive,” Ms Plibersek in a statement.

“It is telling that the first act of an Abbott government is to play party politics in international affairs.

“It also reflects a new low in diplomatic practice.”

She pointed out that when Labor won government in 2007 it allowed former Liberal minister Amanda Vanstone to complete her posting to Italy.

“By any measure, Steve Bracks is eminently qualified to serve as consul-general,” Ms Plibersek said, pointing to his experience as both a state leader and a respected businessman.

But incoming Attorney-General George Brandis said Labor had given Mr Bracks the job as “a gift”.

“Mr Bracks has no obvious credentials for that job,” he told Sky News.

Incoming coalition minister Malcolm Turnbull criticised Labor for making appointments such as Mr Bracks’ “literally on the eve of the beginning of the caretaker period”.

In fact Labor appointed Mr Bracks on 17 May, while Ms Gillard was prime minister and about two and a half months before Kevin Rudd called the election and the beginning of the caretaker period.

Ms Bishop said at the time she would review the appointment if the coalition won government.

Fellow former Victorian premier Jeff Kennett denied the decision was vindictive, saying Mr Bracks was a political appointment made when an election had already been called.

“This was a political appointment by a person who was still very political, was involved in this campaign, who hadn’t taken up his post, so it’s sour grapes,” Mr Kennett told ABC radio on Tuesday.

Victorian Labor leader Daniel Andrews says Mr Bracks was excited about his new role and his axing is bitter and petty.

“At a time when Julie Bishop’s attentions I would’ve thought would be rightly focused on issues like Syria, the fact that she can even find time to play these petty partisan games, it’s not a great start for Tony Abbott and for Julie Bishop,” he told reporters. – AAP