The Coalition have backflipped on plans to implement an online internet filter across Australia, with opposition communications spokesman Malcolm Turnbull stating the original policy released on Thursday advocating a UK-style ‘opt-out’ system was incorrect and had been ‘poorly worded’. 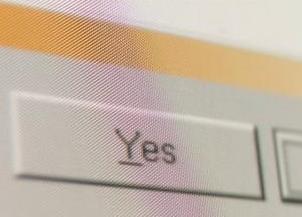 THE Coalition have backflipped on from plans to implement an online internet filter across Australia, stating the original policy released on Thursday advocating a UK-style ‘opt-out’ system was incorrect and had been ‘poorly worded’.

“The policy which was issued today was poorly worded and incorrectly indicated that the Coalition supported an “opt out” system of internet filtering for both mobile and fixed line services,” opposition communications spokesman Malcolm Turnbull said in a statement issued only hours after the initial release of the policy.

“That is not our policy and never has been.”

The policy had been announced on Thursday, on page 7 of a document titled The Coalition’s Policy to Enhance Online Safety for Children.

It stated the Coalition would adopt a UK-style policy of internet filtering, with default safety standards for under-18s’ smartphones and home internet. Households would automatically have adult content filters applied on their internet and phone services, but would have to opt out if they want the unfiltered version of the net.

“As has recently been achieved in the UK, we expect these standards will involve mobile phone operators installing adult content filters on phones which will be switched on as the default unless the customer proves he or she is at least 18 years of age,” read the policy.

The document argues this is a different policy to the “discredited compulsory filter proposal championed by the Rudd-Gillard Government, which was abandoned as unworkable.”

“The Coalition’s approach aims to empower parents — by giving them the choice of whether or not to operate a filter at home, but by establishing the default setting as one which provides maximum protection.”

The policy met with resistance, with voters and Internet service providers expressing concern about an “opt-out” system.

“We won’t be doing this willingly and they’ll need to take us to court because it’s contrary to the principles of internet access .â€Š.â€Š.â€Šand who will be paying for it?” asked the chief regulatory officer of Internet serivce provider iiNet, Steve Dalby.

In the statement issued after the release of the policy Mr Turnbull denied the Coalition supported mandatory filtering.

He said the true position is “that the Coalition will encourage mobile phone and internet service providers to make available software which parents can choose to install on their own devices to protect their children from inappropriate material.

“The policy posted online today is being replaced with the correct version,” said the statement.

Opposition leader Tony Abbott has apologised for the lack of “quality control” which lead to the error.

“We have released, I think it is now up to 800 pages of policy, and this is the first time anyone has been able to find a lack of clarity in any of our policy.

“I am happy to submit myself and to submit our work to the judgment of the Australian people.”