Queensland Deputy Premier Jeff Seeney says Clive Palmer is an embarrassment to Australia who is damaging relations with China. 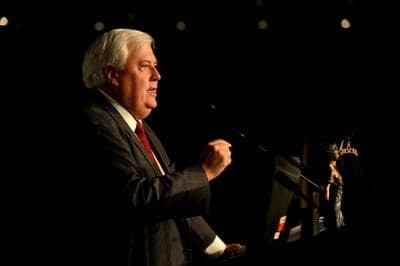 “I would agree with Colin Barnett that the relationship that is very important to Australia and Queensland – that relationship between us and China has certainly been damaged by Clive Palmer and his antics,” Mr Seeney told reporters in Brisbane on Wednesday.

But Mr Seeney declined to repeat an assertion made in parliament earlier this month where he described Mr Palmer as a “crook” who had used Chinese money to fund the Palmer United Palmer’s election campaigns.

“I refer you to what I said in the parliament,” he said.

Premier Campbell Newman claimed Mr Palmer was all about power and money.

“I do agree that his antics give rise for concern,” he said. – AAP