Senior figures in the Australian Labor Party have lashed out at the powerful Australian Christian Lobby, with prominent government minister Penny Wong accusing the organisation of prejudice after they released a statement comparing the children of same sex couples to the Stolen Generation. 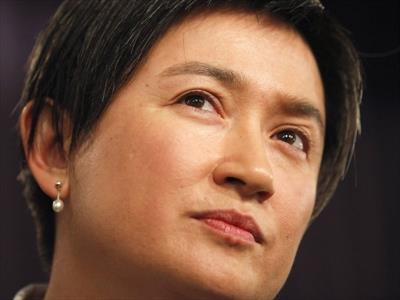 SENIOR figures in the Australian Labor Party have lashed out at the powerful Australian Christian Lobby, with prominent government minister Penny Wong accusing the organisation of prejudice after they released a statement comparing the children of same sex couples to the Stolen Generation.

The Christian organisation, whose support has traditionally been seen as essential in political campaigning, released their statement in response to former Prime Minister Kevin Rudd’s announcement that he had changed his position on gay marriage and now supported its legalisation. They argue that passing a bill legalising gay marriage would lead to further consequences including same sex education in schools and greater access to IVF services for gay couples.

The Australian Christian Lobby’s statement said: “’The Prime Minister who rightly gave an apology to the stolen generation has sadly not thought through the fact that (Mr Rudd’s) new position on redefining marriage will create another.”

The statement prompted Senator Wong to rebuke the Australian Christian Lobby’s position as “nonsense”. The finance minister accused the powerful organisation of “peddling prejudice” and fuelling “bigotry that has no place in a modern Australia.”

Mr Rudd’s announcement earlier this week that he would vote for the legalisation of same sex marriage when the issue came before parliament was welcomed by gay rights advocates. Mr Rudd claimed that there was no political motivation behind his announcement, however political analysts claim that the prominent backbencher’s announcement would further isolate Prime Minister Julia Gillard in her opposition to same sex marriage.

Greens deputy leader Adam Bandt introduced a private member’s bill to federal parliament regarding the legalisation of gay marriage, with the issue set to be debated again next week before a vote taking place on 6 June. He praised Mr Rudd for changing his position, with the former Prime Minister’s support of Mr Bandt’s bill expected to improve the likelihood of the government allowing a conscience vote on the issue.

Mr Rudd’s announcement was met with a mixed response within the ranks of his own party, with many Labor MPs questioning the motives behind his change of heart. One unnamed Labor MP told Fairfax Media that there was a feeling in the federal Labor caucus that Mr Rudd had made his public announcement in order to capitalise on the support for same sex marriage that exists within the electorate.

The unnamed Labor MP said: “Kevin does things with a purpose,” one said. ”Whether it’s one, to save his seat, or two, possibly to garner a couple more votes in caucus for a last-ditch attempt to knock off Julia. And why would he raise this issue so close to the election when the overwhelming dialogue in the electorate is about the economy?”

It is believed that six key Coalition frontbenchers have registered their private support for a conscience vote to determine the status of gay unions including Shadow Treasurer Joe Hockey, George Brandis, Christopher Pyne and Greg Hunt. They claim, however, that the Coalition has already made a concession to gay marriage advocates by agreeing to revisit the issue after the next federal election.