Channel Seven have successfully applied for an injunction to block Mel B's move to the Nine Network's Australia's Got Talent. The injunction could see Ms Brown prevented from appearing on any Australian TV network apart from Seven until 31 January of next year. 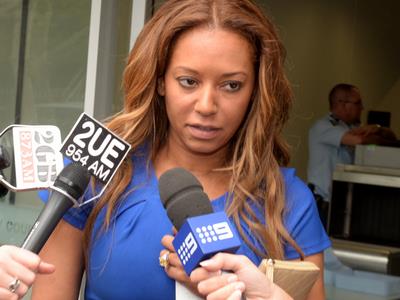 AUSTRALIAN TV viewers may not see former Spice Girl Melanie Brown on the small screen at all this year, after the Seven Network successfully applied for an injunction preventing her appearing on another channel.

Ms Brown, or ‘Mel B’ as she is more commonly known, had recently been poached by Channel Nine to become a judge on their new revamped show, Australia’s Got Talent.

The Nine Network have claimed serious prejudice from the injunction which prevents Ms Brown entering into any formal agreement with them until after 31 January.

Solicitors for Ms Brown said Channel Seven had no intention of using her for any programs during the year.

“Channel Seven, on all the evidence, have no plans to use (Brown),” her barrister, Thomas Blackburn SC, told the Supreme Court on Monday.

“They merely want to … stop her appearing on another TV station.”

The court heard Ms Brown had said there was no contract with Seven, and if there had been it was conditional on visas being given to her children, which did not occur.

“(We will also submit) if there was a contract, it was abandoned by both parties,” Mr Blackburn said.

Both parties have requested any salary details relating to Ms Brown be kept confidential.

“She should be able to keep the amount of money secret so other TV stations she negotiates with don’t have that information,” Mr Blackburn said.

Justice Hammerschlag granted a temporary confidentiality order and set the matter down for a final hearing on 3 April.

Ms Brown’s husband Stephen Belafonte will be expected to give evidence in court at the hearing.