Julia Gillard has agreed to a summit on the future of car making after Ford’s decision to stop manufacturing in Australia. 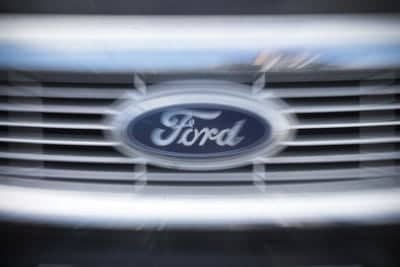 PRIME MINISTER Julia Gillard has agreed to a summit on the future of car making, as she resists pressure from unions and Labor MPs to raise tariffs after Ford’s decision to stop manufacturing in Australia.

Ford says about 1200 workers will lose their jobs at its two plants in Victoria by October 2016.

The company’s profits have been squeezed by the high Australian dollar, making exports more expensive and imports cheaper.

Ms Gillard and Treasurer Wayne Swan on Friday held talks with union and industry leaders in Sydney – as part of the regular national panel for economic reform meeting – at which they discussed Ford’s decision.

The prime minister told the meeting she had agreed to the ACTU’s request for a “strategic discussion on the future of Australia’s automotive industry”.

The summit is expected to involve members of the prime minister’s task force on manufacturing as well as other stakeholders.

Australia imposes a five per cent tariff on imported cars, but a number of Labor backbenchers and unions say it should be at least 10 per cent while the dollar remains high.

Ms Gillard ruled out such a move on Friday, saying it would not assist manufacturers in the long term.

“I don’t believe that imposing tariffs and getting in the way of us being able to be an exporting nation by potentially sparking trade reprisals is the right strategy for Australia,” she told reporters on the NSWCentralCoast.

“There comes a time where you’ve got to put the national interest before your economic ideology,” Senator Cameron said.

Labor MP Darren Cheeseman, who holds a Victorian marginal seat affected by the shutdown, said as well as imposing “emergency tariffs”, the government should encourage Ford to chip in $15 million to a fund set up to help workers and local businesses adjust.

Ms Gillard challenged Ford to contribute “generously” to the fund.

The prime minister announced $50 million on Thursday to support affected workers and businesses in the Geelong and northern Melbourne areas and other parts of the automotive supply chain.

Ford president and chief executive Bob Graziano said he was working with the Victorian and federal governments on how best to contribute to the adjustment package.

“If you’re going to economically make cars in Australia you’ve got to export the bulk of them,” he said.

Ford has in the past decade been offered government help to export its Territory SUV, but declined to do so.

Ms Gillard said she understood workers were “anxious” about the future of the Australian economy.

“Even with Ford’s decision yesterday, we can be reassured the Australian economy is resilient and it has strong fundamentals,” she said.