Interesting facts about Dubai known not to everyone

1. Dubai has consistently been recognized as one of the safest cities in the world to live and visit. According to the National Analytical Center for 2019, 96.1% of UAE citizens said they feel completely safe here, and once again rated Dubai as the safest city in the world.

2. In Dubai, you can fly across the sky over the picturesque harbor on the world’s longest urban zipline. The 170-meter high platform allows extreme sports fans to zip over land and water from the Amwaj Towers skyscraper to the Dubai Marina Mall at a speed of up to 80 km / h.

3. Skyscraper Burj Khalifa boasts the fastest elevators in the world – they move at a speed of 10 meters per second, and in just one minute the elevator delivers visitors to the observation deck on the 124th floor.

4. The giant Ferris wheel, Ain Dubai, located on Bluewaters Island, is the largest in the world. Its height is 210 meters. The cabins offer 360-degree views of Dubai’s urban landscape, including the Burj Al Arab Sail, Palm Jumeirah and Burj Khalifa. When completed by the end of the year, Ain Dubai will have 48 capsules, each with a capacity of 30 passengers. If you are planning to buy property it this region you can get a picturesque view over you future property and find property in Palm Jumeirah.

5. The world’s tallest four- and five-star hotels are located in Dubai. The Gevora’s pointed spire ends at 358 meters, and the JW Marriott Marquis, the tallest five-star hotel, rises up for 355 meters.

6. Camel meat, a popular dish in the Emirates, can be found in restaurants menus in Dubai. Small shops like Nouq Dubai also sell camel milk ice cream. Camel milk is known for its nutritional value and low-calorie content, making it suitable for people with lactose intolerance.

7. The waters of Dubai are home to many marine lives, including the endangered Bissa tortoise. The Dubai Turtle Restoration Project has been working to protect the species since 2004. During this time, more than 1950 rehabilitated turtles were released back into their natural habitat.

Back to the Office: Is the Government doing enough to support businesses and employees

8. Coffee is a very important drink in Arab culture. Emirati coffee differs from any other type in the addition of spices such as saffron and cardamom, as well as in the way the beans are roasted. Traditionally, Arabic coffee is served from a dallah (coffee pot) and poured into small cups (finjan). Shaking the cup means you have drunk as much as you wanted and you do not want to add more.

9. Prior to the oil and tourism boom, Dubai had a pearl-mining tradition that brought a lot of income to the city. During the 19th century, more than 300 sailing ships were based in Dubai Creek, which were used by pearl seekers.

10. The Dubai Metro, with a total length of 75 km, is a great way to travel between city attractions including the Burj Khalifa, Palm Jumeirah and Dubai Marina. In 2016, the Dubai Metro was recognized by the Guinness Book of Records as the world’s longest automated metro.

Ax Capital will help you buy property in Dubai

If you want to learn more information about Dubai before buying property there, visit our website: https://www.axcapital.ae/. You will be surely surprised how many interesting facts are hidden from the eyes of an ordinary Dubai tourist. 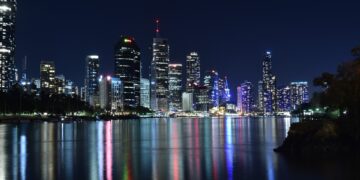