A Sydney man currently serving 20 years in Bulgarian jail for murder has had his application to serve the remainder of his sentence in Australia rejected. 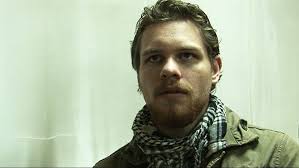 THE Prosecutor-General of Bulgaria today announced Australian Jock Palfreeman’s application to be transferred to an Australian prison to serve the remainder of his sentence has been rejected.

“Jock and his family will be understandably very disappointed by the Prosecutor-General’s decision,” said Mr Carr in a statement on Wednesday.

Mr Palfreeman, 26, was sentenced in 2009 to 20 years after a Bulgarian court found him guilty of the murder of student Andrei Monov, and the wounding of another in a street brawl in Sofia.

So far he has served almost six years of that sentence, most of it in the notorious Sofia Central Prison.

The prosecutors’ office has issued a public statement outlining that the personal transfer request was denied on the basis that Mr Palfreeman had violated prison regulations on a number of occasions and had served insufficient time in prison to have been rehabilitated.

These concerns may refer to Mr Palfreeman’s hunger strike in January, after he was punished for providing legal advice to fellow prisoners.

Bulgaria and Australia are both signatories to a European Council treaty on the transfer of prisoners that facilitates prisoner transfer across international borders. It is open to the Bulgarian government to allow Mr Palfreeman to serve the remainder of his sentence in an Australian prison.

Mr Carr said the government would explore options to appeal the prosecutor’s decision.

“The Australian Government will however examine whether options exist to have the matter reconsidered,” said Mr Carr.

“The Department of Foreign Affairs and Trade will continue to provide consular assistance to Mr Palfreeman and his family.”

“To me the refusal looks as a vindictive action from the chief prosecutor, which has nothing to do with the rule of law,” BHC president Krassimir Kanev said.

The statement has come at a time of acute civil unrest in Bulgaria; over the past 25 days, in the capital of Sofia, protestors have been speaking out against what they claim is widespread governmental and judicial corruption.