While Australians are limited from immigrating to the UK by European Union restrictions, UK nurses wanting to work in Australia say that they, in turn, are stuck in new Australian bureaucratic mud. 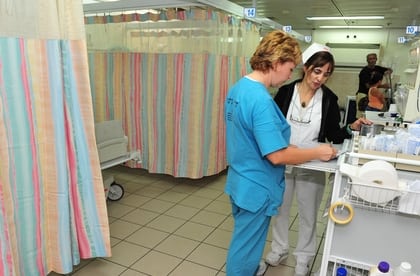 British nurses wanting to work in Australia are frustrated by long delays in having their visas approved.

Some qualified and experienced nurses have been granted permanent residency based on their qualifications yet find themselves employed as nursing assistants with no idea when their applications as registered nurses would be recognized.

One such case is Nicola Coles who spoke to ABC Perth saying she knew of at least 100 British nurses in the same position.

“I am aware that some qualified nurses from the UK have been waiting almost a year [for the recognition of their qualifications].

“I went to AHPRA [Australian Health Practitioner Regulation Agency] to chase it up, they told me there was a backlog from October last year and encouraged me to go and get a casual nursing assistant job.

“They could not guarantee that I would ever get my registration.”

Australia has since February 2014 changed its approval process and there-under the UK nursing diploma is no longer recognised as an equivalent to an Australian bachelor degree in nursing.

Also speaking to ABC, Dr Hames said that he believed that the changes in the recognition of British qualifications are unfair and will be discussed at the next meeting of state and territory health ministers.

“[The board] has made those changes public but for people who came here before that time, and now can’t get registered, it is just very unfair,” he said adding that, “I had a meeting with AHPRA on Monday and raised it with them.

“My suggestion to them is that if people have come here [before the changes to registration] then they use the old system to test them for registration.

“They have agreed to look at all of the names I’ve got and they can have a look at trying to resolve this.

“I am also asking UK nurses in WA in this situation to write to me as quickly as they can so I can have a list of everybody affected. We will try to work with AHPRA to resolve the issue.”

“We have a national registration system that has standards and we need to make sure that people coming from overseas are as good our standards,” he said.

“But you might have theatre nurse who only has diploma from the UK but they have been doing it for 15 years and they are extremely well trained and well qualified.

“We need to look at areas where we are short of nurses and how we can get those qualifications registered.”

Ms Cole said that her family was feeling the pressure both financially and emotionally, “We were in a lucky position, when we moved six months ago in that we had savings but obviously they are dwindling fast.

“I know of other nurses from the UK who now have to claim benefits because they are not able to work.

“I have recently started working as a casual nursing assistant.

“As a clinical nurse in intensive care in the UK I was responsible for critically ill patients with a team of seven nurses underneath me.

“Now all I can do is bed baths and make beds.”