SPECIAL FEATURE: The apology given by Prime Minister Scott Morrison to survivors of child sexual abuse has drawn fresh attention to questions of redress and compensation for British children sent to Australia as child migrants. 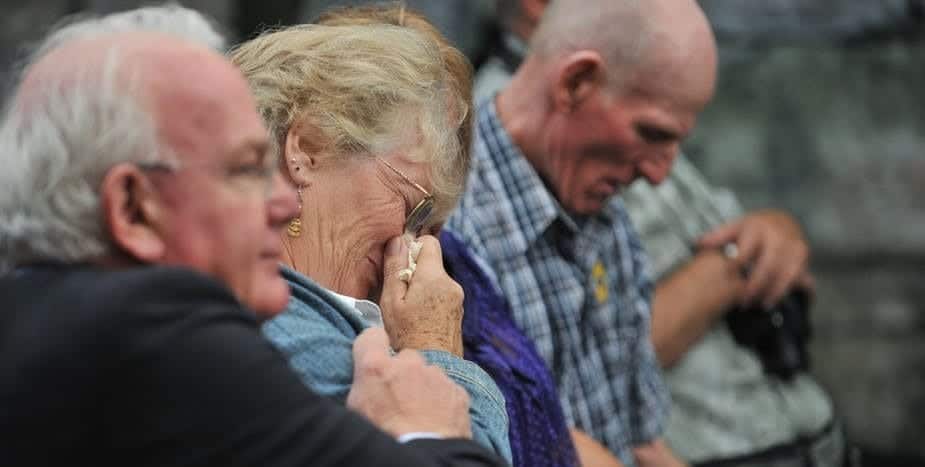 Australia’s prime minister, Scott Morrison, has given a formal national apology to survivors of child sexual abuse in the wake of findings of the country’s major Royal Commission into Institutional Responses to Child Sexual Abuse.

The apology has drawn fresh attention to questions of redress and compensation for British children sent to Australia as child migrants – some of whom had themselves given evidence to the Australian Royal Commission. In an interview for Radio 4’s Today Programme, former British child migrant David Hill said that the response of the Australian government to survivors of abuse, while far from perfect, is still markedly better than the lack of any British government response to its former child migrants.

Hill’s comments refer to a report published by the Independent Inquiry into Child Sexual Abuse (IICSA) on March 1, 2018, which recommended that the UK government establish a redress scheme to make reparation payments to all surviving British child migrants. Noting the advanced age of these former child migrants, IICSA stated that this redress scheme should be set up as a matter of urgency with the first payments being made within 12 months of the publication of its report.

Of just over 4,000 British children believed to have been sent overseas through these programmes between 1946 and 1970 – mainly to Australia, but also to New Zealand, Canada and the former southern Rhodesia – fewer than 2,000 are believed to be still alive today.

Cases reviewed by IICSA showed that some child migrants were sent from poor families who were persuaded that their child would have a better life overseas. Others were recruited directly from residential homes in Britain – by organisations whose motivations varied from enthusiasm for building up Britain’s Commonwealth to “safeguarding” children’s Catholic faith.

IICSA’s recommendation for a universal redress scheme for surviving child migrants was made because extensive archival research undertaken for its investigation demonstrated a series of British government policy failures that had left all British child migrants without sufficient protection.

The report noted that despite knowing about significant problems with some receiving institutions in Australia during World War II, the UK government allowed child migration to resume after the war ended. A recommendation that it should undertake direct annual inspections of these overseas institutions was never implemented, in part because the UK High Commission in Canberra lacked the staff resources to do this.

The authors of influential 1946 Curtis Report, which fundamentally restructured the care of children outside the family home, were sufficiently concerned that they recommended child migration should only be allowed to restart if children received standards of care overseas that it believed should be implemented more generally in England and Wales.

This was never achieved for Britain’s post-war child migrants, with the UK government allowing children to be sent to large, impersonal and remote institutions that were precisely the kind that Curtis had criticised. Although the government did introduce regulation of child migration work by local authorities in the 1948 Children Act, it never properly implemented any effective regulation of voluntary societies who were responsible for sending the majority of post-war child migrants overseas.

When, in 1956, the UK government finally sent a fact-finding mission to provide a clear overview of receiving institutions in Australia, it found that a number were providing unacceptable standards of care. Despite this, a decision was taken not to end the child migration programmes but to try to nudge the voluntary societies involved towards better standards of practice and to hope that the Australian government would do a better job of inspections of children’s homes in their own country.

As a confidential inter-departmental British government report, now available in the National Archives, put it that same year:

If we were untrammelled by precedent, we might not recommend the establishment of a system of child emigration, or the existing methods of operating it. But we have to deal with a well-established system which has existed with government support both in Australia and in the United Kingdom for over 30 years, (and) has influential support from churches and prominent laymen in both countries.

In some cases child migrants continued to live in, and be sent to, residential institutions that the government’s own officials had recommended be “black-listed”.

Nearly eight months after the publication of the IICSA report, the UK government has still not made any formal announcement about the establishment of this redress scheme. This has been the source of considerable distress and anger for many former British child migrants, of whom 20 have died since the IICSA recommendations were made.

In a debate about this delay in the House of Commons in early July 2018, Jackie Doyle-Rice, a minister in the Department of Health, claimed that this was caused in part because of complex issues around precedent that such a scheme might set. It’s difficult to understand the government’s concern on this point. Redress for anyone exposed to physical or sexual abuse, or for anyone for whom government systems of oversight failed, would undoubtedly extend far beyond the case of British child migrants. But in the case of its child migrants, the government didn’t simply fail to implement effective safeguards. It failed to do so knowingly, despite clear recommendations about standards that should be applied.

Redress is only one part of the response that should be made to this history. Formal apologies have already been given by the UK and Australian governments. More can be done, practically, to support child migrants and to raise awareness of this history through initiatives such as the Ballads of Child Migration project, which begins its national tour in November. For many child migrants, though, the failure to establish promptly this redress scheme will feel like a final failure over the course of their lives in which they have already been let down too many times.