Brad Pitt touches down in Sydney

Superstar Brad Pitt has landed in Sydney after taking part in the awards season in Hollywood.

by Australian Times
in Lifestyle, News 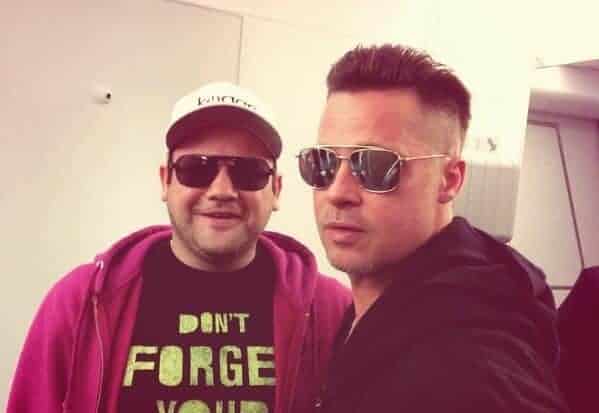 BRAD Pitt has touched down in Australia after doing the awards season rounds in Hollywood.

Ruslan Kogan, the Melbourne founder of online electronics retailer Kogan, on Tuesday tweeted a picture of himself with the star after they ended up on the same flight from LAX to Sydney airport.

In it, a smiling Kogan can be seen standing next to the Troy star, who looks cool with a crew cut and aviators.

“Landed in Aus. Brought a friend,” the caption reads.

Pitt has been in the US for awards season, thanks to his role as star and producer of Steve McQueen’s lauded 12 Years A Slave, which is tipped to take out the Best Picture gong at March’s Academy Awards.

Earlier, Kogan tweeted about scoring a seat next to the movie star: “Flying LAX to Sydney sitting next to Brad Pitt … I wonder if he’s tweeting the same thing”. – AAP