The mayor of London, Boris Johnson, has called for a bilateral Free Labour Mobility Zone between Australia and the UK to allow citizens of both countries to live and work freely in the other. 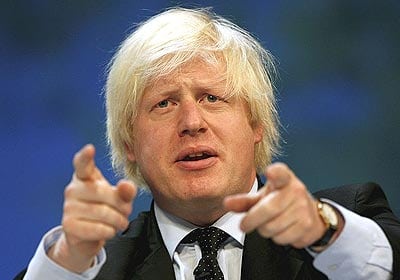 BORIS Johnson has called for a bilateral Free Labour Mobility Zone between Australia and the UK to allow citizens of both countries to live and work freely in the other.

In an opinion piece for The Telegraph, described by some as an ‘anti-EU rant’, the mayor of London called for a bilateral ‘Free Labour Mobility Zone’ which would grant Australians the same rights as EU citizens to live and work in Britain.

The reason — a letter presented to him by Australian teacher Sally Roycroft at the Melbourne Writers Festival in which she detailed her struggles to stay in the UK following the end of her visa.

Mr Johnson said Ms Roycroft had been “effectively kicked out of Britain” as she wasn’t an EU citizen and it had been “too much of a palaver [for the authorities] to go through the business of “sponsoring” her to stay”.

It was a betrayal of the relationship with Australia, Mr Johnson argued, to give preferential treatment to European citizens and called for Australians in the UK to be given the same freedom of movement as EU workers.

Mr Johnson argued the British “are more deeply connected with the Australians — culturally and emotionally — than with any other country on earth,” pointing to a shared sense of humour, language and the fact we watch Top Gear and eat food by Jamie Oliver as evidence of this close relationship.

A bilateral Free Labour Mobility Zone would allow Australians to work in the UK without facing ‘absurd discrimination’, and would encourage more immigration from Britain to Australia.

Mr Johnson concluded it was time to give people like Sally Roycroft “a fair suck of the sauce bottle, as the Australians say.”