Australian government implores UK to stay in the EU

The Australian Foreign Minister Bob Carr speaks out against the UK departing the EU in a letter to UK Foreign Secretary William Hague. The letter formed part of evidence submitted to a UK government review of EU member powers. 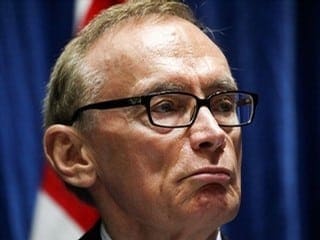 THE AUSTRALIAN Minister for Foreign Affairs Bob Carr has made a direct plea to the UK Foreign Secretary, William Hague, not to leave the European Union.

Two letters were sent from Parliament House in Canberra and formed part of evidence submitted to a UK government review of EU powers.

In a letter to William Hague, Mr Carr reflected on the “deep and enduring partnership” between the two countries and the special role the UK has played in helping shape the EU market.

“In advocating a spirit of inclusiveness and openness the UK’s efforts have benefited both the EU and third states, including Australia,” Mr Carr said.

Mr Carr becomes the most senior figure to speak out against the UK exiting the EU.

“While not intending to comment on the detail of every competence or on internal questions of how sovereignty is shared in the EU, I particularly want to register Australia’s strong appreciation for the important and positive role that the UK has played in EU foreign policy. I hope to see this continue long into the future,” he said.

Signatures were removed from the letters but the first is stamped Minister for Foreign Affairs, indicating Bob Carr or someone in his office. The letters formed part of an audit of EU powers published by the UK government on the Gov.uk website.

Contact details on a second letter addressed to Vince Cable, Secretary of State for Business, Innovation and Skills, points to the Australian Minister for Trade, Richard Marles.

Mr Marles said: “The UK attracts strong Australian investment partly due to our long-term links but also because of the UK’s position in the EU market.”