Police have decided not to lay criminal charges against Labor leader Bill Shorten over a rape allegation dating back to 1986. 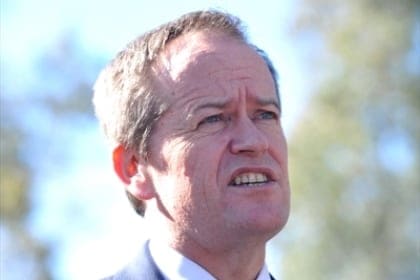 Australia’s Federal Labor leader Bill Shorten has gone public for the first time about “untrue and abhorrent” allegations he raped a teenage girl almost 30 years ago.

Victoria Police have decided not to lay criminal charges after advice from prosecutors that there was no reasonable prospect of conviction.

The allegations apparently relate to events at a Young Labor camp near Geelong in 1986, when Mr Shorten was 19.

The complainant, now a nurse, was 16 at the time and Mr Shorten said he knew her briefly.

She first made the allegation on the Facebook page of former prime minister Kevin Rudd after Mr Shorten became opposition leader in 2013.

That was when Mr Shorten first became aware of the allegation for which there was “absolutely no basis”.

“I will not go into the details except to say that the allegation was untrue and abhorrent,” he told reporters in Melbourne on Thursday.

Mr Shorten said the matter had been thoroughly and vigorously investigated by police and he fully co-operated to clear his name.

“The easy option would be to say nothing but that is not who I am,” he said.

Mr Shorten said the matter had been deeply distressing and he was thankful for the love and support of his wife Chloe and the backing of staff and colleagues.

“It is over. I have no intention of making any further comment,” he said.

Cabinet minister Christopher Pyne said he was glad no charges had been laid against Mr Shorten, acknowledging the distress the allegations must have caused the Labor leader and his family.

“Late last year I learned that a claim had been made about me, going back to when I was 19. It was made on social media, when I was elected opposition leader.

“There is absolutely no basis for the claim. The claim has now been thoroughly and vigorously investigated by police, as is entirely proper.

“I fully co-operated to clear my name. And that is what I have done. I freely answered all questions the police asked of me.

“Now the police investigation has concluded, I can make this statement.

“This has been deeply distressing for my family. I am thankful for the love and support of Chloe, and the support of my staff and parliamentary colleagues. Others who were aware of the investigation have acted with the utmost integrity by leaving the police to do their job.

“The police have now concluded the investigation. The decision speaks for itself. It is over. I have no intention of making any further comment.” – with AAP